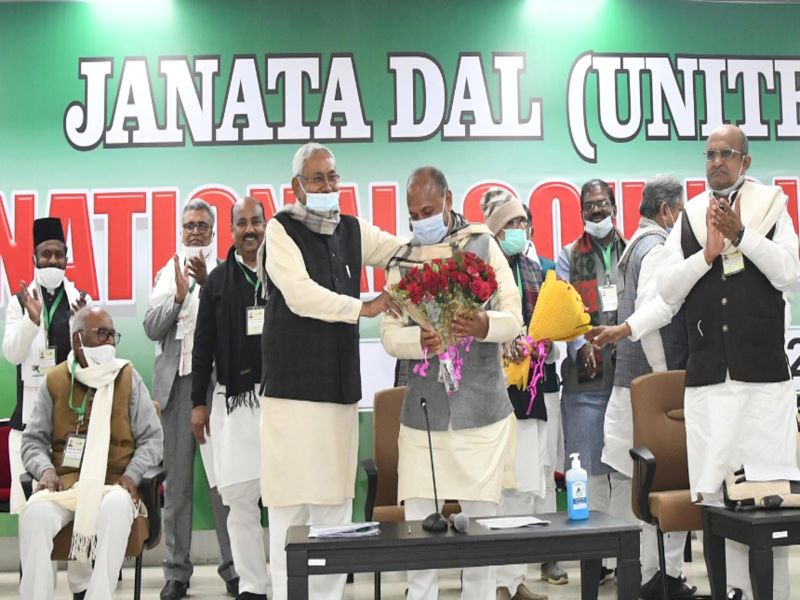 According to reports, Kumar had intimated his wish to appoint RCP Singh as the JD (U) chief a few days ago. Singh, a close confidant of Kumar, will manage the party's affairs and its dealings with the BJP, reports added.

The move is being viewed as Nitish Kumar's hardened stance towards BJP, who he believes is responsible for lowering JD (U)'s seat tally in the last assembly elections. Kumar is believed to consider LJP chief Chirag Paswan as BJP's prop, who acted as a vote cutter and ate into the party's vote bank.

The executive meeting also comes after six of the seven JD (U) MLAs switched over to BJP in Arunachal Pradesh.

Though JD (U) was quick to clarify that the unwelcome development will not impact its coalition with BJP, top party leaders like Sanjay Jha and Shravan Kumar admitted that the cross over had stunned them and it was beyond their imagination how BJP, their close ally, could poach JD (U) MLAs.

However, BJP on Saturday said the JD (U) MLAs were not poached as alleged but they joined BJP of their own free will.

The opposition dubbed the defection "humiliation" and dared Nitish Kumar to break the alliance with BJP.

RCP Singh is a former Indian Administrative Officer (IAS) of Uttar Pradesh cadre and belongs to the same caste as Nitish Kumar. He was elected to Rajya Sabha in 2010 and has remained Nitish Kumar's political emissary since then, reports said.

His association with Nitish Kumar is a long one. He was personal secretary during Kumar's Railway Minister days and his principal secretary after he became the Chief Minister in 2005.

RCP Singh also played an important role in working out the BJP-JD (U) alliance in 2019 general elections and 2020 assembly elections in Bihar.