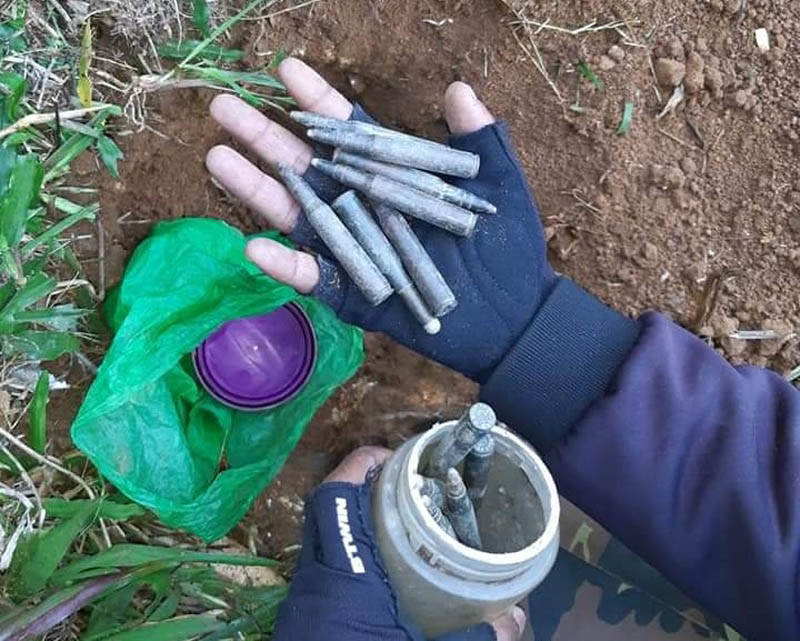 The ammunition were recovered from Chipit Mongre Abri area.

A top police official said on December 22, a police team of East Garo Hills district received a source information that huge cache of arms were hidden at Chipot Mongre A.bri.

On Wednesday at around 7.30 am the operation team recovered 47 numbers of .30-06 mm ammunitions suspected to be belonging to GNLA.

The ammunitions were brought to Williamnagar police station and a case was registered for investigating the case.

Efforts are being made to recover more arms and ammunitions from the district.