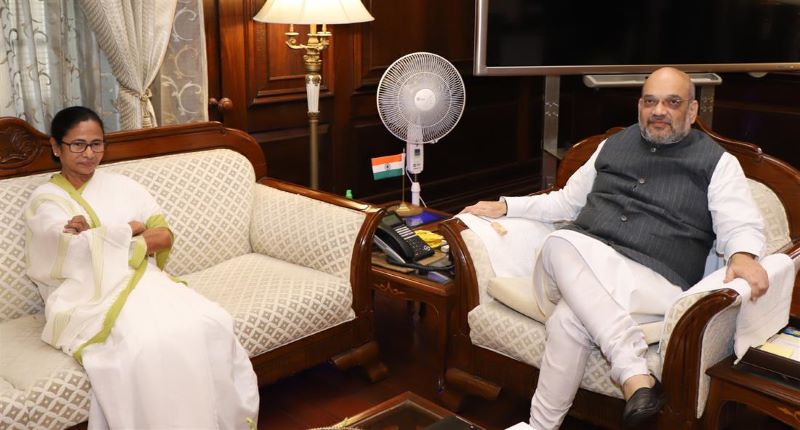 'Amit Shah will have to give me dhokla treat': Mamata Banerjee countering Home Minister's claims with stats

Kolkata/IBNS: West Bengal Chief Minister Mamata Banerjee on a lighter note on Tuesday said she wants a "dhokla" treat from Union Home Minister Amit Shah, countering the latter's claims of dismal situation of the state on various fronts with statistics.

"Amit Shah will have to give me a dhokla treat. I love dhokla and a few other Gujarat foods," Banerjee said at state headquarters Nabanna.

From Gross Domestic Product (GDP) to industrial production to health, Shah during his two-day West Bengal visit criticised the Trinamool Congress government for its shortcomings in almost 10 years since assuming power in the state.

While Shah claimed West Bengal stands 20th in the country in terms of industrial production, Banerjee said the state holds the fourth position.

Countering the Home Minister's claim that the eastern state stands 16th in terms of GDP in the country, the CM said West Bengal is second among 36 states and union territories till the fiscal year 2019-2020.

Slamming Shah, who is spearheading the opposition Bharatiya Janata Party (BJP)'s campaign in poll-bound West Bengal, Banerjee on Tuesday said, "Whenever the Home Minister or Prime Minister speaks, they must speak with full knowledge."

"He (Amit Shah) had tried to paint West Bengal as a nightmare land and in poor light. Where was he 11 years ago? Did he ever saw the condition of the state 11 years ago? Today West Bengal is shining bright so may be out of jealousy, he is saying all these," she added.

West Bengal will plunge into a high-octane polls due to be held in 2021 summer.

Even four months prior to the elections, the ruling Trinamool Congress and BJP are locking horns on a daily-basis to outdo each other battling on various aspects of the state.