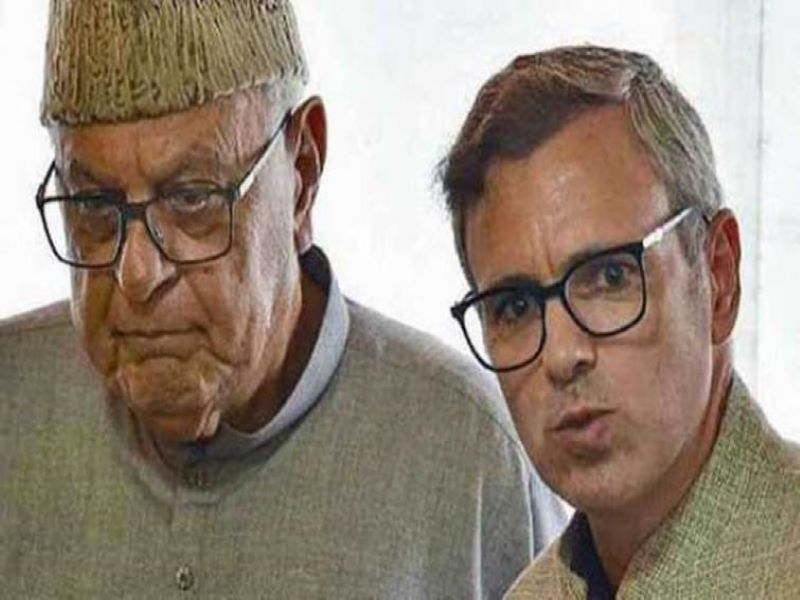 The ED, which investigates financial crimes, attached three residential houses, one of them at Guptar road in Srinagar, Tehsil Katipora, Tanmarg and one at Bhatindi, Sunjwan (Jammu), commercial buildings at posh Residency Road area of Srinagar, said a Hindustan Times report. Four plots in different places of Jammu Kashmir have also been seized.

Farooq Abdullah's son Omar Abdullah,  also a former chief minister of Jammu Kashmir, said the seizures would be challenged in the court.

"Dr Abdullah is in touch with his lawyers & will fight all these baseless charges in the one place that matters - a court of law, where everyone is presumed to be innocent & is entitled to a fair trial unlike in the court of the media or the court of BJP managed social media," Abdullah tweeted.

He said his father saw the media reports about the confiscation before receiving any notice from ED.

My father has seen the media reports regarding attachment of his properties in the ongoing investigation in to the JKCA matter. Not surprisingly the media was tipped off regarding the seizure before he had received any official notice or documentation.

In 2018, the CBI had filed a chargesheet against Farooq Abdullah and three others for allegedly misappropriating Rs 43.69 crore during 2002-11.

The Enforcement Directorate claimed that he had siphoned off more than Rs 45 crore, including large cash withdrawals and misused his position to launder the funds, between 2006-12, when he was the president of JKCA.

Omar Abdullah said these properties were largely ancestral dating from the 1970s and the most recent was built in 2003.

"The properties attached are largely ancestral dating from the 1970s with  the most recent one built before 2003. There can be no justification for the seizures because they fail the very basic test of having been acquired as the proceeds of the 'crime' being investigated," he said in a subsequent tweet.

Farooq Abdullah served as the chief minister of the erstwhile Jammu and Kashmir from 1982 for several years. He held the post last in 1996 and 2002.