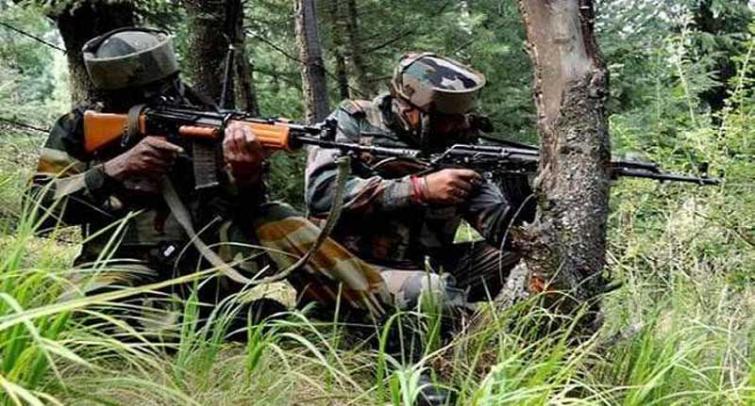 Jammu, Dec 13 (UNI) Two terrorists were killed and one arrested by the security forces during a fierce gun battle near Mughal Road in Poonch district of Jammu and Kashmir on Sunday.

“Two Pakistani terrorists have been neutralised and one local militant was arrested from the encounter site at Poshana in Poonch district,” a senior police officer here said.

Earlier Jammu and Kashmir Director General of Police Dilbag Singh said that two Pakistani terrorists have been neutralised in an ongoing operation in Poonch district.

“Both the Pakistani terrorists have been neutralised in the ongoing encounter at Poshana, Poonch,” said the J&K Police Chief.

He said that a group of terrorists had recently infiltrated from Pakistan and had been trapped in a gunfight near Mughal Road in Poonch district.

“Contact has been established with the terrorists,” Mr Singh added.

He said that encounter triggered on at Dugran Poshana area in Poonch district, adding, “three days back a group of three terrorists crossed over from Pakistan and were on the way to Shopian.”

He said that on an input they were being chased by police and on Friday, parties reached the spot but could not launch operation due to snowfall.

“On Sunday afternoon another move was made which resulted in the contact,” he said adding that an offer of surrender was given to the terrorists which included one local and two Pakistanis, but they opened fire on the cordon team which led to the exchange of fire.

“Local unit of the Army is also part of the joint operation,” he added.

Mr Singh said that another attempt by Pakistan to send in Lashkar-e-Toiba and Jaish-e-Mohammad terrorists to Kashmir to disturb the ongoing democratic process of grass-root level elections shows its desperation with the huge participation of the Jammu and Kashmir people in the ongoing elections.

Jammu and Kashmir on Sunday is taking part in the sixth phase of the District Development Council elections.