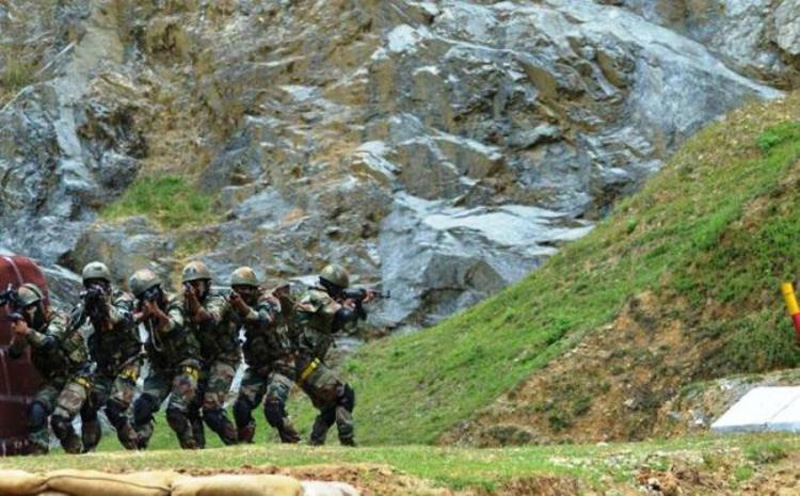 Srinagar/UNI: Three local Al-badr militants were killed by security forces in an encounter which ensued during a Cordon and Search Operation (CASO) in south Kashmir district of Pulwama on Wednesday, Inspector General of Police (IGP), Kashmir range Vijay Kumar said.

A civilian was also injured in the shootout who has been shifted to Srinagar hospital, he said.

This is the first encounter after the District Development Council (DDC) elections process started in the Kashmir valley from Nov 28.

IGP said troops of Rashtriya Rifles (RR), CRPF and Special Operation Group (SOG) of Jammu and Kashmir police launched a joint CASO at village Tiken, in Pulwama following a tip off about the presence of militants in the wee hours today.

However, when the security forces were moving towards a particular area in the village, militants hiding there opened indiscriminate fire with automatic weapons, they said adding the fire was returned ensuing in an encounter.

He said militants were repeatedly asked to surrender who continued firing on security forces. A civilian Sadiq Lone received a bullet injury in his foot when he was coming out from the house from where the militants were firing. The injured was hospitalized, he said.

Kumar said three Al-badr militants were killed in the encounter.

Meanwhile, official sources said mobile internet service of all Cellular companies, including Bharat Sanchar Nigam Limited (BSNL) in Pulwama has been suspended as a precautionary measure to prevent rumours, they said, adding that additional security forces have been deployed to maintain law and order.