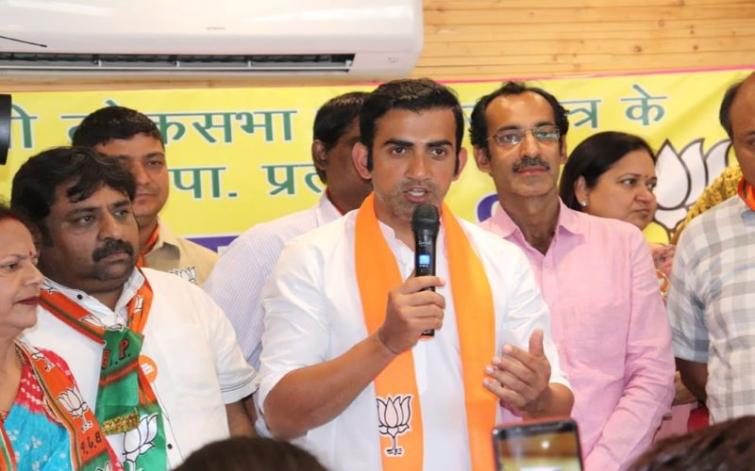 The AAP, which rules Delhi and is opposed to the country's ruling BJP, on Tuesday claimed Kejriwal has been put under house arrest by Delhi Police, which falls under the central government's jurisdiction, a day after the CM shared solidarity with the farmers visiting the epicenter of the protest, Singhu border.

Not buying the claim, Gambhir tweeted, "The farmers protest is just an excuse for Arvind Kejriwal. He just wants to wrest power in Punjab. Only Arvind Kejriwal can claim to be house arrest by boxing himself at home."

In an attempt to give back with a witty reply, the AAP, which is one of the opposition parties in Punjab, has shared a picture from Gambhir's ongoing vacation with his family.

"Are you tweeting this from Maldives?" Delhi's ruling party tweeted.

The AAP, which has supported the nationwide strike called by the protesting farmers on Tuesday, has drawn a connection between Kejriwal's showing of solidarity with the peasants and his house arrest.