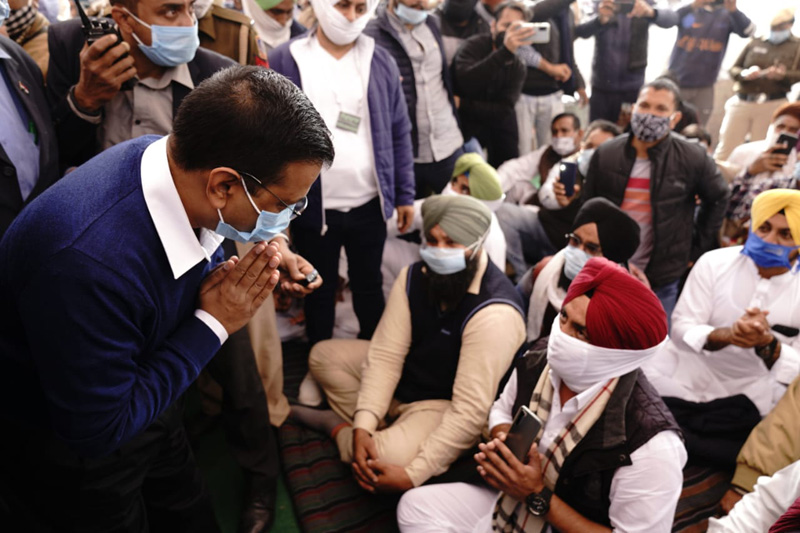 New Delhi/IBNS: Sharing solidarity with the peasants, Delhi Chief Minister Arvind Kejriwal on Monday visited the site where thousands of farmers are protesting against the Centre's three new farm laws for the 12th straight days.

Kejriwal said he went to the site to take stock of the availability of the basic amenities to the agitators.

Delhi's ruling Aam Aadmi Party (AAP), which has been alleged to have enacted one of the Centre's farm laws, is one of the 16 political parties to support the nationwide strike (Bharat Bandh) called by the farmers on Tuesday.

"The Delhi government and AAP are in full support of the farmers' protest," said Kejriwal on Monday.

"I have come here not as a CM but as a serviceman," the AAP supremo added.

The representatives of the central government will on Wednesday meet the farmers for the fourth time since the agitation began to find a resolution to the deadlock, though it had failed on earlier occasions.

While the central government is in no mood to repeal the laws but to hold talks, the farmers are protesting against the farm laws in the Delhi-Haryana border with their sole demand of the repeal of the laws, which was initially passed through an Ordinance amid the Covid-19 pandemic earlier this year.