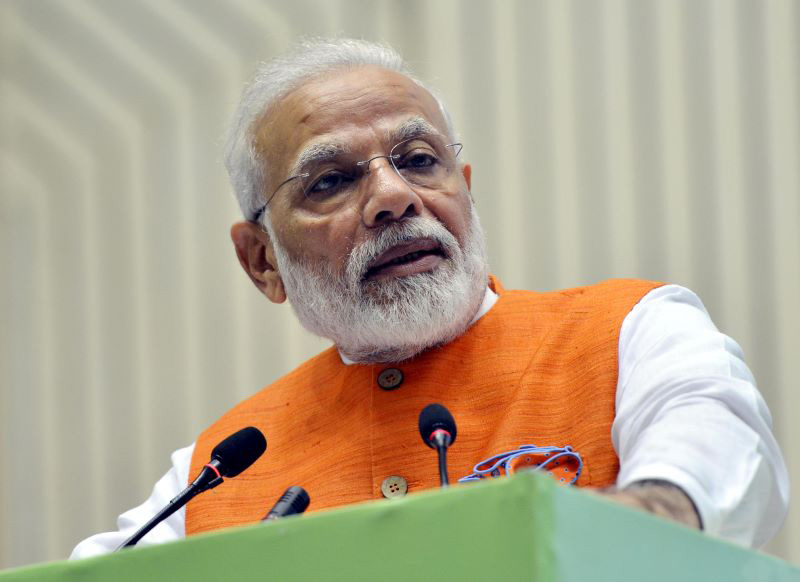 Amit Shah, Rajnath Singh, Narendra Tomar visit PM Modi's residence ahead of another round of talks with farmers

The representatives of the farmers have already left the Singhu border, where the agitators are camped, to hold the meeting with the central ministers.

The farmers, who are from Haryana and Punjab in large numbers, have demanded a complete roll back of the three laws and legalising Minimum Support Price (MSP) for the sale of their crops.

The government, which had failed to find a solution to the deadlock in the Nov 1 and Nov 3 meetings, has so far hinted no possibility for a roll back of the laws, which Prime Minister Narendra Modi and his Hindu nationalist Bharatiya Janata Party (BJP) claim to be a revolution for the peasants.

Intensifying the protests, the farmers have called a nationwide strike (bandh) on Dec 8 and also said they will accept nothing short of the repeal of the laws.

Though Modi is speaking in favour of the laws and blaming the Opposition for instigating the peasants, the farmers' organisation of his party's parent body Rashtriya Swayamsevak Sangh (RSS) have criticised the government over the issue.

The RSS-affiliate Bharatiya Kisan Sangh (BKS) came out in support of the farmers stating the new farm laws will only serve the interests of the corporate houses and big traders.