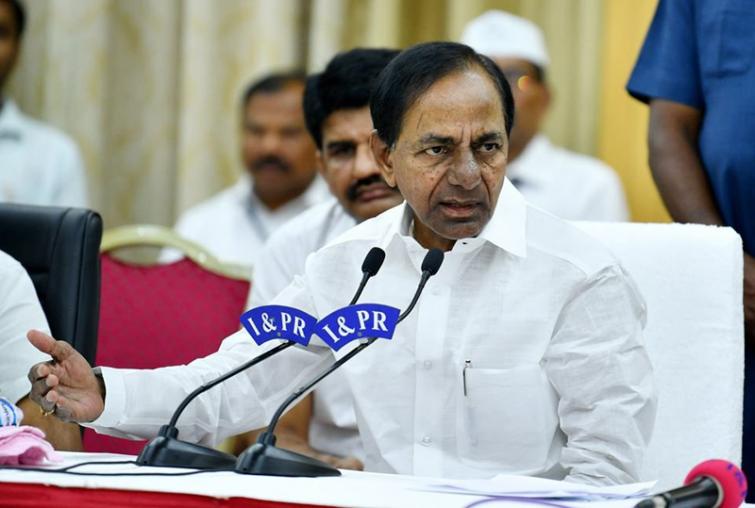 Hyderabad/IBNS/UNI: Telangana's ruling Telangana Rashtra Samiti (TRS) party emerged as the largest party after votes for the Greater Hyderabad Municipal Corporation Election (GMC) were counted on Friday but the Bharatiya Janata Party (BJP) registered a spectacular performance with a massive surge in the same.

The opposition BJP made inroads into the state capital with their performance in the high-stakes GMC Election by winning 43 divisions and leading in another seven divisions.

The ruling TRS was disappointed with the results as it won in only 53 divisions and leading in another two divisions by being the single largest party so far.

The election which saw fierce campaigning by the ruling TRS, BJP and Asaduddin Owaisi's All India Majlis-e-Ittehadul Muslimeen (AIMIM) saw a voter turn out of 46.55 per cent.

The AIMIM has won in 43 divisions out of the total 150 divisions of GHMC.

The BJP was well ahead by winning more than 80 divisions than TRS and AIMIM after counting of postal ballots was ended but its count was dipped after the votes in ballot boxes was counted.

The big gains in the GHMC election for BJP mark a giant leap in their plans for the 2023 Assembly election, as there will a straight fight between the TRS and BJP with the Congress, which won 2 divisions, proved that it is not in reckoning.

According to reports, K Chandrasekhara Rao's TRS will settle at 55 divisions as its victory was dimmed by the BJP' massive surge.

The TRS had won 99 divisions and AIMIM in 44 divisions in 2016 GHMC election.

Buoyed by the victory in the bypoll for the Dubbaka Assembly seat recently, the BJP conducted a high-voltage campaign by roping in top leaders from the Centre like Amit Shah, J P Nadda, Yogi Adityanath, Prakash Javadekar and  Smriti Irani hoping for a change before the assembly election three years away from now.