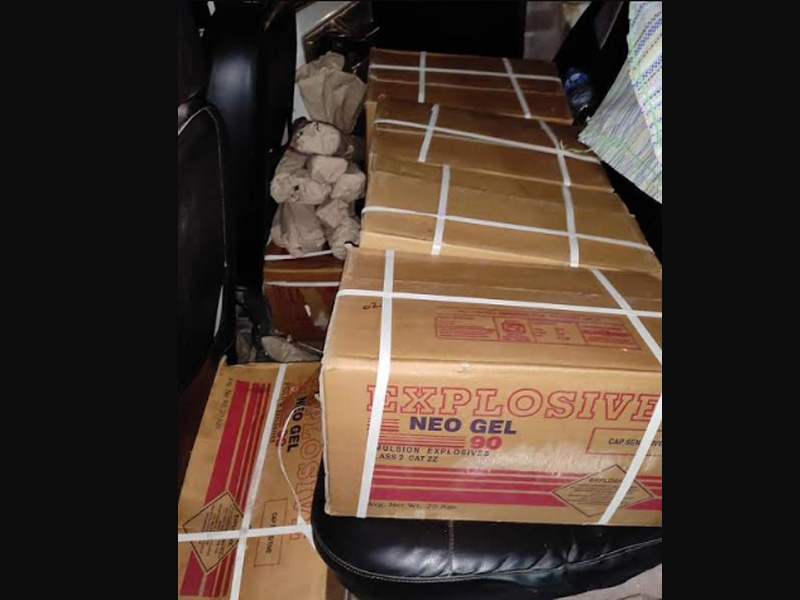 According to the reports, after receiving information about one Mahindra Bolero vehicle bearing Assam registration number loaded with explosives moving somewhere from 4 Kilo area enroute towards Kongong, police team of East Jaintia Hills district had launched search operations in the suspected areas.

Police intercepted the Mahindra Bolero vehicle at Kongong area under Lad Rymbai police outpost and the police team found 250 kg of explosives loaded in 10 cartoons, 1000 live detonators from the vehicle.

The police team consisting of DSP (HQ), DSP (crime) and other officers arrested two persons who travelled in the vehicle and on their leading 4 more persons were arrested from Umpleng, Mokympad and 5 Kilo who are suspected to be involved in supplying the explosives to the first arrested person duo.

The arrested persons then led the police team to a concealed place at 5 Kilo under Khliehriat police station in East Jaintia Hills from where the explosives were suspected to have been loaded to the vehicle and search operation was conducted in the presence of independent witnesses.

The police team had seized 51 cartons loaded with approximately 1275 kg of  explosive (10200 gelatine sticks) , 5000 live denators and 8 rools of Cordtex (Fuse) suspected to be of the same kind used in the recent 4 Kilo blast.