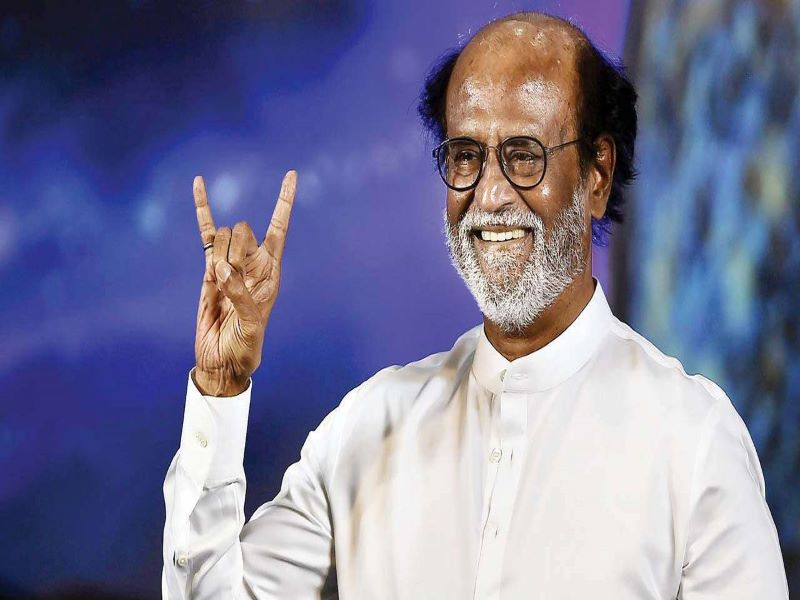 Chennai/UNI: Barely hours after announcing that he would enter politics, start his own party in January next year and contest the upcoming Assembly polls, actor Rajinikanth sounded the poll bugle on Thursday saying time had come for a political change and change of government in Tamil Nadu.

Talking to reporters in front of his Poes Garden residence, the actor said, "Time has now come...it is important. It is compulsion of time that there should be a political change and change of government in the state."

Rajini who had once remakred that the system was not alright the State, declared that ''everything has to be changed...we will change everything''.

By calling for a political and governmental change, the actor has broadly dropped enough hints that he would not have any truck either with the ruling AIADMK, which has confirmed its alliance with the BJP for the upcoming polls at a function attended by Union Home Minister Amit Shah, and the Opposition DMK.

Asserting that he would not go back on his promise, Rajini said he had announced on the new year's eve of 2018 that he would definitely enter politics at the time
of 2021 Assembly elections and contest all the 234 Assembly seats in the state.

He said he wanted to tour the entire state ahead of the Assembly polls to create an awakening among the people before entering politics.

''But corona pandemic has put the hurdles on it,'' he added.

Stating that he was only a small tool, the actor said it was the people who have to usher in the change.

''If I win it will be the victory of the people. if I lose, it will also be the people's defeat,'' he said.

Citing his kidney transplant and the doctor's advise against entering politics, Rajini said he was initially apprehensive (about taking the plunge) due to the corona pandemic and to avoid contracting any infection.

''But to honour my promise, I decided to enter politics and will be very much happy, if I lose my life for the sake of people of Tamil Nadu,'' Rajini said.

The actor said he would enter full time politics after completing the shooting of his upcoming film 'Annaththe', for which he had already committed.

He also said Gandhiya Makkal Iyakkam founder Tamilaruvi Manian would be in-charge of his political party and Arjun Murthy the party's chief co-ordinator.