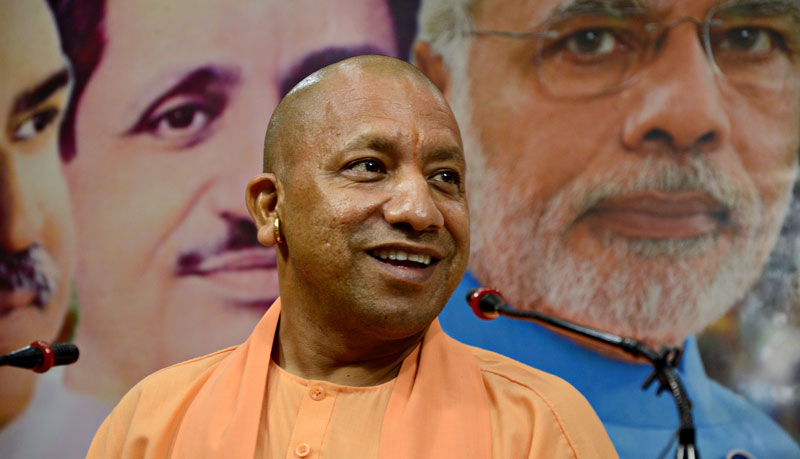 Mumbai/IBNS: Uttar Pradesh Chief Minister Yogi Adityanath  Wednesday welcomed suggestions from Bollywood during a meeting with a delegation of Mumbai film industry here, and iterated that his government is committed to build the most exemplary film city in the world, in Noida.

Renowned film mmaker and actor Tigmanshu Dhulia, who is known for his works in Hindi cinema and Television, said, “From past few decades I had tried something for the betterment of the workers in the film industry, the light boys, spot guys etc. but it didn’t work. I have requested the Yogi government to think about this matter and establish some infrastructure like home for the betterment of the workers."

Filmmaker Satish Kaushik, who is working to promote Haryana's film industry, too, pointed out positive ambience on the investment front in Uttar Pradesh.

“In 2019 while directing Kagaz in UP’s Sitapur the film unit got massive support from the UP government specially from the local SP as well as the DM. I was overwhelmed by the gratitude of the local government which instilled confidence in our work which proves that the culture and heritage of UP will be a boon to the upcoming film city in UP,” he recalled.

Raju Shrivastav, Chairman Film Vikas Parishad said, “UP is on a path of development and infrastructural projects have been instrumental in developing better film ecosystem and using advance technology the government will make massive strides in maintaining the entire fraternity of the film industry”

Yogi Adityanath interacted with Bollywood stars, directors and producers in Mumbai on the last day of his two-day visit to the tinsel town.

“We are open to all kinds of suggestions from you as it is your film city. It will be built according to your requirements and you are welcome to UP,” he said.

He sought to make it clear that his idea behind the whole thought-process is to give the country another state-of-the-art film city equipped with all technical and modern logistics. "UP has a rich resource in terms of man-power and knowledge which we want to use while implementing one of the most ambitious projects,'' he pointed out.

“Be it the Vindhya region that boasts of the unique heritage of nature or the rich heritage of culture and history of Bundelkhand and the Ayodhya of Lord Ram, UP has everything the film industry requires in terms of resources and the locales,” he said.

During the interaction, the film personalities also gave suggestions and some of them also expressed the desire to meet the CM in person to discuss their films and projects.

The state government’s film city initiative was also lauded during the meet.

The CM also said that besides providing excellent basic facilities, the film city will also be having one of the best connectivity.

“Besides being well connected to Delhi, Lord Krishna’s Mathura and Vrindavan are barely half an hour's drive from there. The city of Taj, Agra, is also at a one-hour drive from the film city even as Asia's biggest Greenfield Airport in Jewar coming up in the close vicinity of the proposed film city,” he said.

Film producer Manmohan Shetty said, “UP has a vast resources of manpower which can be utilised in the huge process of film production it will also generate large scale employment opportunities in the state”.

Rahul Mitra said the states rich heritage and eco-tourism can help Film industry prosper and active participation from the government. Can help flourish the industry on a long term”.

Additional Chief Secretary, MSME and Information, Navneet Sehgal outlined the purpose and the objective behind the meet.