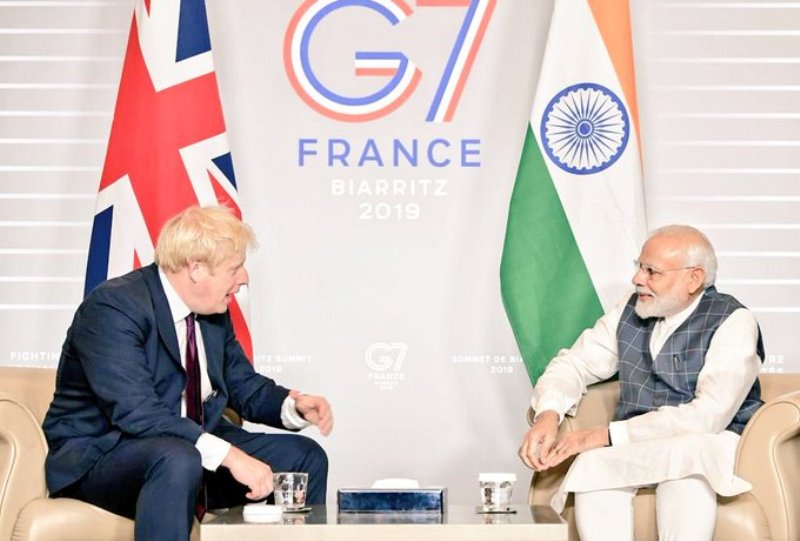 The invitation was extended during a telephonic conversation between Prime Minister Narendra Modi and Johnson on Friday last, added media reports.

The two leaders reviewed the promising cooperation between India and UK in the area of vaccine development and manufacturing.

"The leaders reiterated their shared desire to impart a quantum jump to the India-UK partnership in the post-COVID, post-BREXIT era, and agreed that there was tremendous potential for enhancing collaboration in trade and investment, scientific research, mobility of professionals and students, and defence and security," read a government statement.

They laid particular emphasis on India and UK joining hands in the fight against Climate Change, and appreciated their collaboration under platforms like the International Solar Alliance and the Coalition for Disaster Resilient Infrastructure.

It is not clear if the UK PM accepted the invitation. If he comes to India, this will be the fifth time a a leader from UK attends as the the Republic Day celebrations as chief guest.