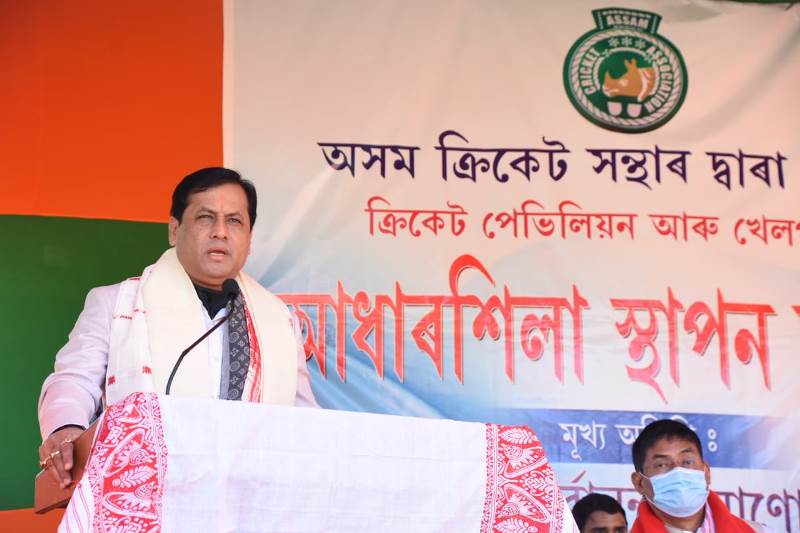 GuwahatiIBNS: Assam Chief Minister Sarbananda Sonowal on Wednesday inaugurated the newly constructed building of District Museum, Dibrugarh thereby providing a permanent infrastructure with modern facilities for research, collection of artefacts and their preservation which was a long felt need in the Upper Assam region of the state.

This three-story building has been constructed with an amount of Rs 3.43 crore and includes six galleries, a basement for parking facilities, an auditorium and office rooms etc. Out of the proposed six galleries, the archaeology gallery is now complete for public viewing, which has been developed under the aegis of Assam State Museum Management Society with a budget amounting to Rs 11 lakh. Noteworthy that the district museum at Dibrugarh was established on 16th March, 1987 and since then it was functioning from the district library building.

Chief Minister Sonowal after inaugurating the new building visited the archaeology gallery which depicts representative history of stone and terracotta scriptures based on aesthetics and nature of collection found in the remnants of ancient and medieval hindu temples and archaeological sites of Assam.

A very remarkable artefact of this gallery is a stone inscription which dates back to 675-725 AD. The rest of the galleries include ethnographic heritage, numismatic, arm and armours, textiles and manuscripts which are at planning level now.

Later talking to media persons, Chief Minister Sonowal said that with the inauguration of the new building of the district museum a long standing demand of the people of Dibrugarh became a reality.

He said that the new building which is second largest in size after the State Museum at Guwahati would provide a fitting platform for preservation of rich heritage of the state.

He observed that students and researchers would also be immensely benefitted from this museum.