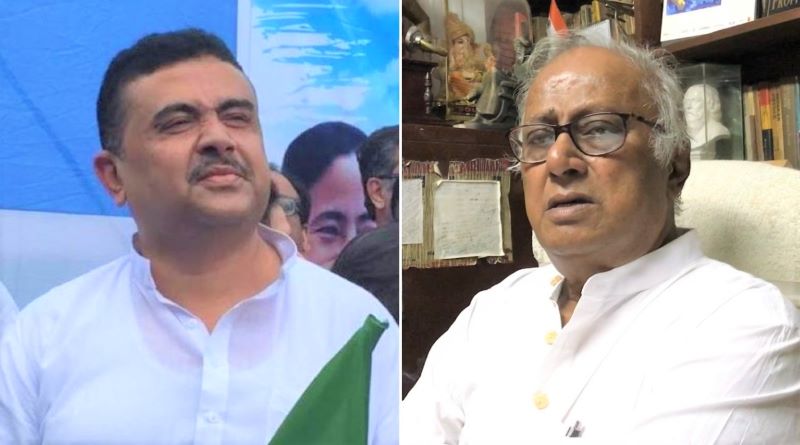 Kolkata/IBNS: Trinamool Congress Lok Sabha MP Saugata Roy on Wednesday said rebel party leader Suvendu Adhikari must convey whether he thinks otherwise than staying with the party, amid reports of a fresh discord within the outfit.

In a massive embarrassment for the ruling party which on Tuesday late evening claimed the disputes between the Trinamool and Adhikari were resolved, reports emerged that the 49-year old leader texted Roy informing about his inability to continue working for the outfit.

Though Roy remained tightlipped on whether he had received any text message or not, the veteran parliamentarian said, "We had a meeting where five members were present. Yesterday whatever I had said was true. Now if Suvendu changes his mind, he must come forward and convey it."

On whether any more mediation possible, Roy, who held multiple meetings with Adhikari to resolve the crisis, told media, "If he has changed his mind, then nothing can be said."

In what had seemed a possible end to the week-long political drama in West Bengal, Roy on Monday late evening claimed all the differences between the Trinamool and Adhikari have been ironed out after a two-hour long meeting, which saw the presence of Lok Sabha MPs Sudip Bandyopadhyay, Abhishek Banerjee and political strategist Prashant Kishor apart from the rebel leader.

Though Adhikari had remained mum over the meeting, Roy told India Blooms, "All disputes have been resolved amicably."

As per media reports, Adhikari was not happy with the Trinamool going public over the details of the meeting. He is likely to clarify his stand on Sunday (Dec 6), sources said.

Keeping a close watch over the entire development, Bharatiya Janata Party (BJP) national vice president Mukul Roy on Wednesday said, "Suvendu Adhikari is still in the Trinamool so I can say nothing. If he leaves the Trinamool, then we would reach out."

"Suvendu Adhikari is the result of a political movement. He has a vote bank with him. If he comes to the BJP, it would be beneficial for us," the former Trinamool number two man said in a careful statement.

Adhikari, who has been holding independent rallies devoid of any Trinamool flag or picture of his supremo Mamata Banerjee for several weeks, resigned as the West Bengal Transport Minister last Friday, triggering a massive speculation over his political position.

Adhikari, who has been instrumental in the 2007-2008 Nandigram movement which led the Trinamool to oust the 34-year old Left Front government, had made a veiled attack on Trinamool MP and the CM's nephew Abhishek Banerjee, who is often referred to as the number two in the party.

Abhishek last Sunday countered Adhikari unsparingly saying, "No one has been launched by a parachute or has been lifted to a position in the Trinamool."