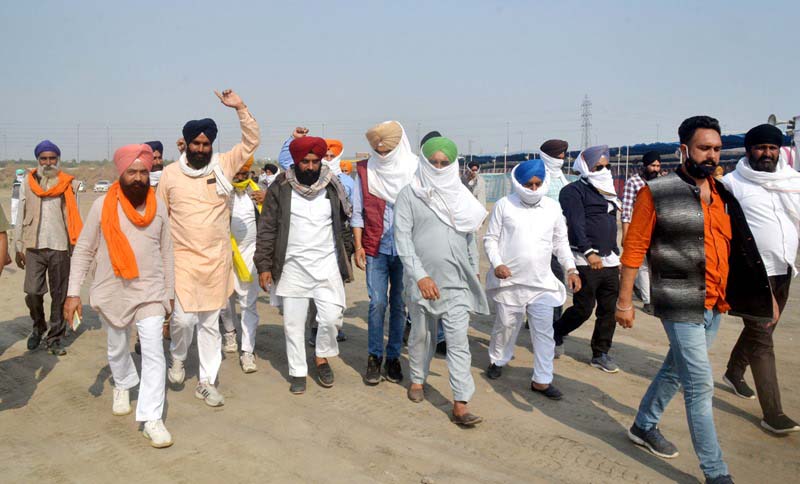 New Delhi/UNI: In solidarity with the agitating farmers of Punjab and Haryana against the Centre's farm bills, peasants from Uttar Pradesh on Wednesday are moving towards the protest sites at Delhi borders and the designated place in Burari.

Chilla border on the Noida Link road has also been closed with farmers staging their agitation near the Gautam Budh Dwar.

Delhi Traffic police, through its Twitter handle, advised motorists to avoid taking the Noida link road and divert to NH 24 and DND flyway.

"The chilla border on Noida link road is closed for traffic due to farmers protests near Gautam Budh Dwar.

People are advised to avoid Noida link road to go to Noida and use NH 24 and DND instead," Delhi traffic police said.

Meanwhile, farmers continued to protest at the Singhu border, while police officials continued their talks with them at the spot.

According to the traffic Police, border points at Tikri, Jharoda, Jhatikra are also closed for any Traffic Movement, while Badusarai Border is open only for two-wheeler traffic.

Meanwhile, there is checking being done at other border points of the National Capital which are open for vehicular movements.

Farmers were also sitting at the Kundli border.

Meanwhile, many groups and locals are providing food and serving the farmers who are sitting on roads out in the open.