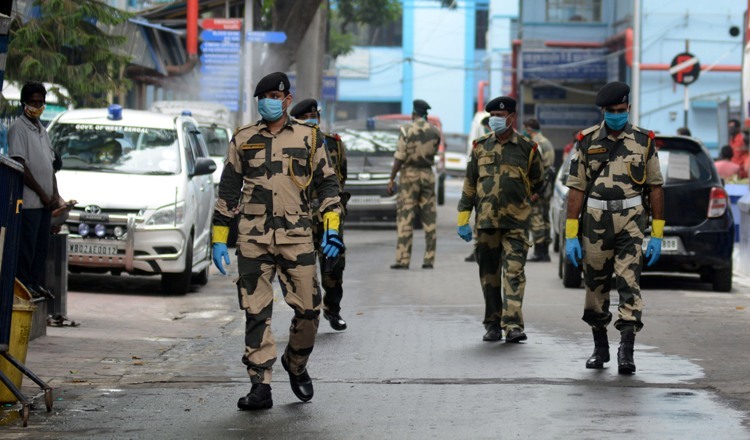 BSF seizes 25,000 cattles, narcotics worth over Rs 62 crore along Indo-Bangladesh border this year

Guwahati/IBNS: The Guwahati Frontier of Border Security Force (BSF) have seized around 25,000 cattle heads and a huge quantity of narcotics worth more than Rs 62 crore along the Indo-Bangladesh border in three districts of Assam and West Bengal this year so far.

Inspector General of BSF (Guwahati Frontier) Rajesh Kumar on Tuesday said that, the BSF personnel of Guwahati Frontier have seized nearly 25,000 cattle heads along international border this year so far.

“The BSF personnel had also seized a sizable amount of narcotics including Yaba tablets, Phensedyl cough syrup worth over Rs 22 crore. We also caught 280 persons from both Indian and Bangladeshi who were involved in trans-border crimes,” Rajesh Kumar said.

Two districts of Assam – Dhubri and South Salmara Mankachar and one district of West Bengal – Cooch Behar are under Guwahati Frontier of BSF and the three districts share around 500 km border with Bangladesh.

The senior official of BSF also said that, there are around 100 km riverine bordering areas which are falling under Guwahati Frontier and during the rainy season the operations against illegal activities have become more difficulty, but the BSF personnel are always alerted to check any illegal activities along the border.