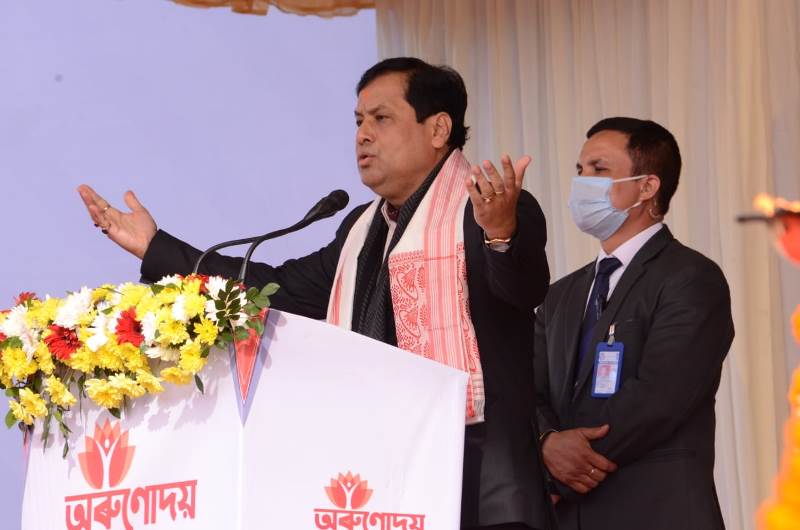 Guwahati/IBNS: In giving a thrust to State government’s commitment to empowering the women, Assam Chief Minister Sarbananada Sonowal launched ‘Orunodoi’, the biggest direct benefit transfer scheme of the state at a programme held at Numali Jalah Parade Ground in Amingaon on Tuesday.

The scheme has been rolled out with 17 lakh odd families as beneficiaries at present as the government would transfer Rs 830 per month to the account of one of the female members of the family under the scheme. After the election of the BTC, the number of beneficiaries would stand out to be 22 lakh families as the state government would need Rs 2400 crore every year for the scheme.

Speaking on the occasion, Chief Minister Sonowal said the Assam government is committed to build a socio-economically oriented women development narrative as the Orunodoi scheme launched today would serve as a big fillip to the empowerment of women.

He said that based on the doctrine of Sabka Saath, Sabka Bikash and Sabka Viswas, the present State government since the time of assuming power has been working for the socio-economic and academic development of all sections of the people. 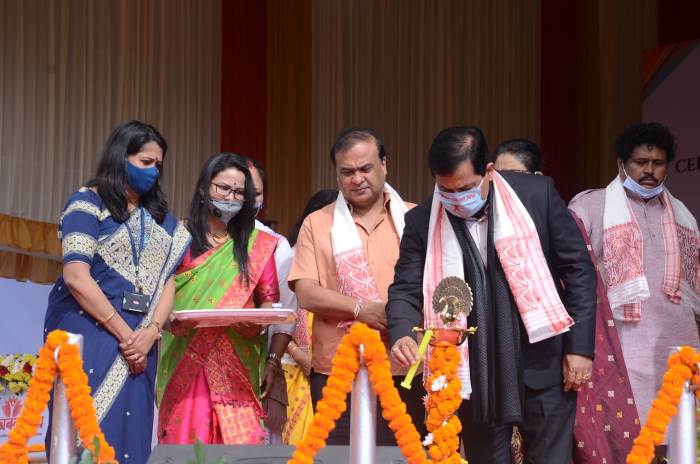 He also said that his government sincerely believes that every resident of Assam should live with dignity and therefore, the government has been launching several schemes.

Stating that without the help and cooperation of all sections of the people, no government programme can succeed, Sonowal urged upon the people including the journalists to extend cooperation and maintain close watch on the performance of the government.

Sonowal also said that empowered women are the prime movers of the society and for the empowerment of women, his government has launched schemes like Indira Miri Universal Widow Pension Scheme, Kanaklata Mahila Sabalikaran Scheme, Assam Gyan Deepika Scheme, Wage Compensation Scheme for Pregnant Women in Tea Gardens and several others. 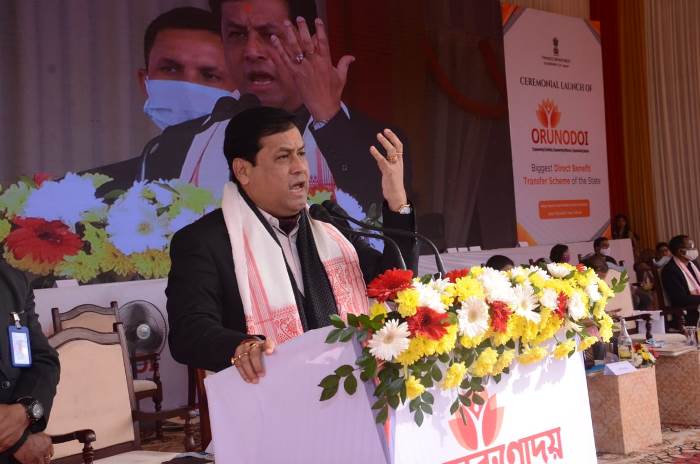 Terming Assam as the hot spot of biodiversity along with other verdant natural resources, Sonowal said that the human resources of the state should be academically empowered to make judicious exploration of the natural assets of the state.

Stating the Orunodoi scheme as an endeavour of the State government to lend prestige and dignity to the women of the state, Sonowal thanked Finance Minister Dr Himanta Biswa Sarma and his team in the Finance Department for conceiving a scheme through which the women folk would receive monthly financial assistance.

State Health and Family Welfare, Finance etc. Minister Dr Himanta Biswa Sarma while speaking on the occasion said that though Orunodoi scheme, State government has cleared the decks for ensuring secured monthly income to the beneficiaries of 22 lakh families of the state. He said that under the scheme widow, unmarried women, divorcee, divyang would get special preference.

He said that by the scheme, an effort has been made to bring about overall empowerment of women in the state. 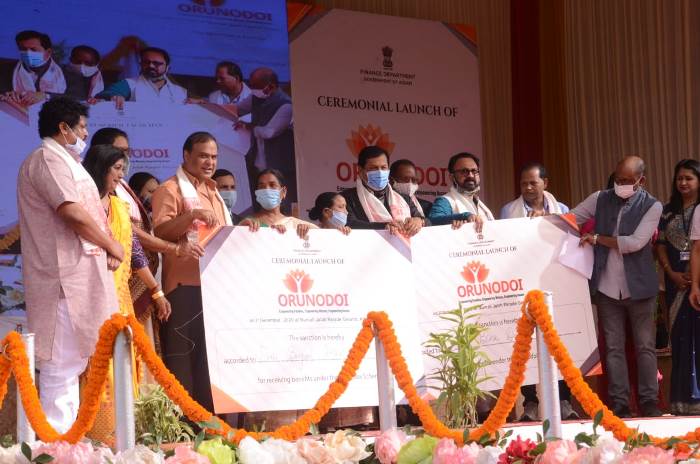 On the occasion, Chief Minister and Health Minister ceremoniously handed over sanction letters to a few beneficiaries.