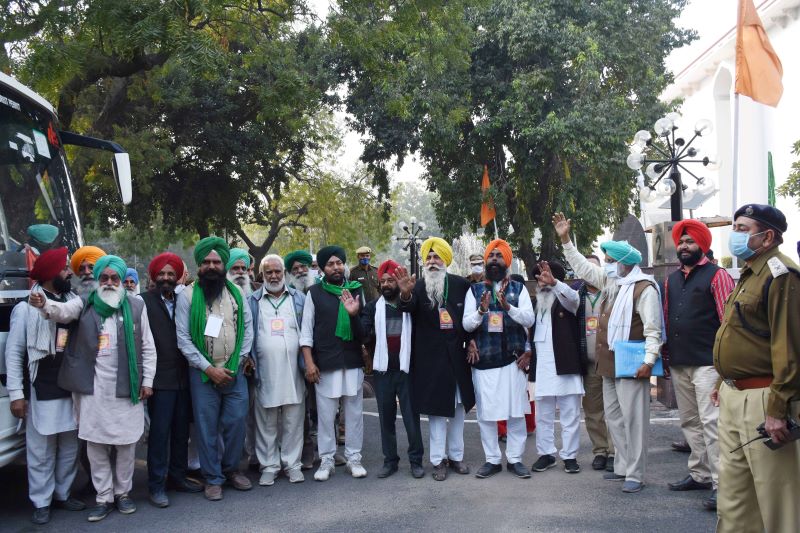 Farmers Protest
A delegation of farmer organisations on arrival at Vigyan Bhawan after the central government invited them to hold talks, as they continue their agitation at Delhi borders against the new farmer bills, in New Delhi on Tuesday (Image Credit: UNI)

New Delhi/IBNS: A meeting between a three-member team of central ministers and the farmers, who are protesting against the Narendra Modi government's newly enacted farm laws, is underway on Tuesday.

Though the talks are underway, the government has made it clear there would be no withdrawal of the farm laws that have triggered one of the massive protests in the country in years.

In a first international reaction to the massive protests by farmers, Canadian Prime Minister Justin Trudeau on Monday said his country will "defend the rights of peaceful protesters".

"We have seen some ill-informed comments by Canadian leaders relating to farmers in India. Such comments are unwarranted, especially when pertaining to the internal affairs of a democratic country," the government said in a statement.

"It is also best that diplomatic  conversations are not misrepresented for political purposes," read the statement.