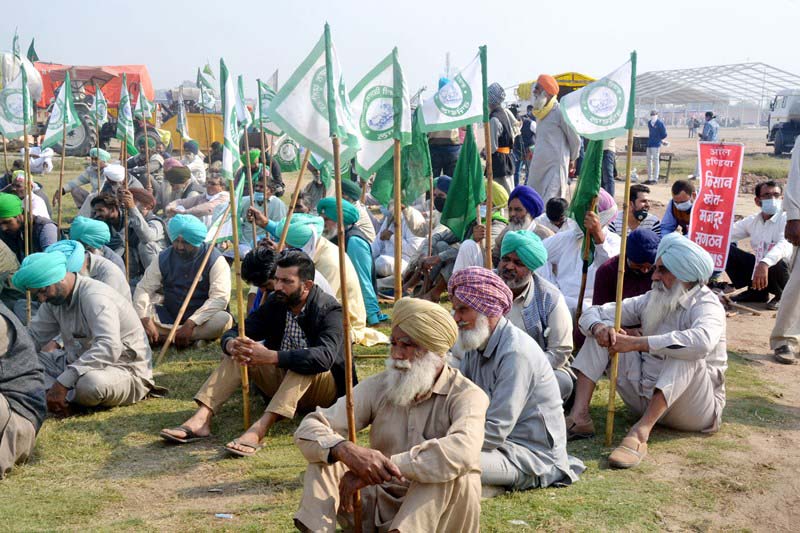 Protests against farm laws: Farmers want all 500 organisations to be called after govt agrees to talk

New Delhi/IBNS: Thousands of farmers, who are protesting against the new farm laws in and around the national capital for the sixth straight days, cleared that the government will have to call all 500 organisations, which have joined the massive agitation, in the talks scheduled to be held at 3 pm on Tuesday.

Meanwhile, the protests have forced Union Home Minister Amit Shah, the second most important person in the Narendra Modi government, to skip an important event.

Rahul Gandhi, the leader of the country's main opposition party Congress, has been attacking the ruling Bharatiya Janata Party (BJP) and the PM over the issue and Tuesday was no exception to it.

In a renewed attack on Modi, Gandhi tweeted on Tuesday morning, "People who provide food to people are protesting on roads and grounds while liars are lecturing on television. We are indebted to the hard work of farmers..."

"Wake up, leave your ego, think and give the rights of farmers," the Congress MP added.