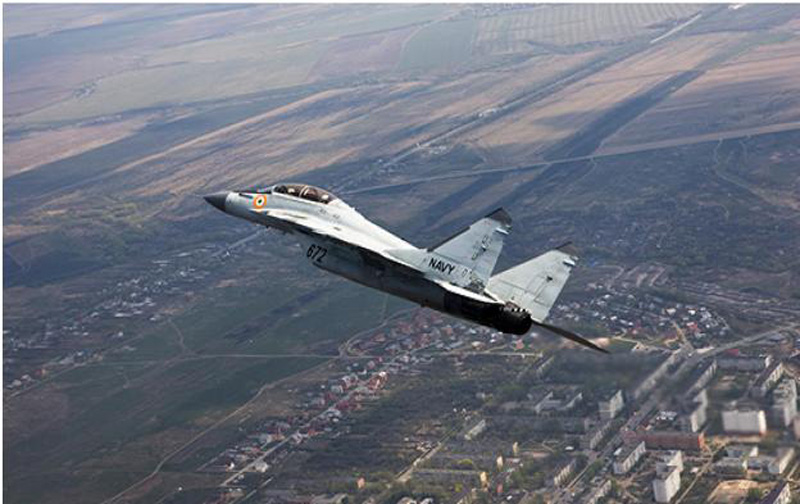 New Delhi/IBNS: The missing pilot of the Indian Navy MiG-29K trainer aircraft that crashed in the Arabian Sea last Thursday evening managed to eject moments before it went down, media reports said.

Four days after the incident, Navy specialists have been able to locate the primary wreckage of the Russian-built twin-seat fighter.

"The ejection seat of Commander Nishant Singh, the instructor at the controls of the jet, is not present at this site," NDTV quoting sources reported.

While the search for the missing Commander continues, the second pilot, a trainee, has been rescued.

The MiG-29K is fitted with the Russian-built K-36D-3.5 ejection seat, which is widely considered as the most sophisticated in the world.

"Sources indicate the fighter was at a very low altitude when the pilots ejected. They add the trainee maintains he spotted a second parachute after he got out of the aircraft," the NDTV report said.

The government continues its search through an intensive aerial, coastal and surface operation involving naval ships and aircraft.

On Thursday, Indian Navy's trainer aircraft MiG-29K had crashed over the Arabian Sea, making it the third such incident in a year.

The trainer aircraft was operating from INS Vikramaditya.