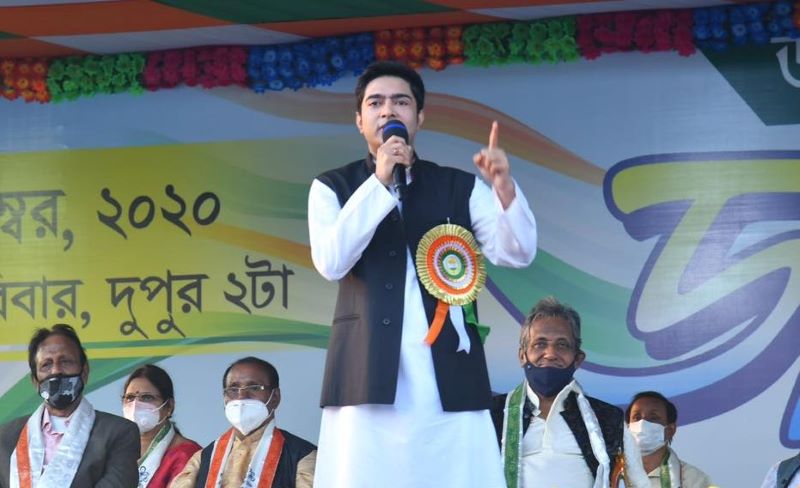 'Would have contested from South Kolkata if I was launched by parachute': Trinamool MP Abhishek Banerjee counters Suvendu Adhikari

Kolkata/IBNS: Countering rebel Trinamool Congress leader Suvendu Adhikari, party MP Abhishek Banerjee on Sunday said he would have contested from his own locality had he been launched by a parachute or been lifted.

In a rally at his own Lok Sabha constituency Diamond Harbour, Abhishek, who happens to be the nephew of West Bengal Chief Minister Mamata Banerjee, said, "No one has been launched by a parachute or has been lifted to a position in the Trinamool."

Abhishek's comment came after Adhikari, who resigned as the West Bengal Minister last week fuelling speculations over his political position, had in one of several "independent" rallies said, "I was neither launched by a parachute nor was lifted. I had to go up through the staircases."

"Several BJP leaders refer to me as bhaipo. If you have courage, take my name and then I will take you to the court," said Abhishek and added, "I have the courage so I am naming and calling Kailash Vijayvargiya an outsider, BJP state president Dilip Ghosh a goon and a mafia, Amit Shah an outsider, Sunil Deodhar an outsider."

"The party and its leader Mamata Banerjee are our mother. If anyone betrays mother, party workers will not spare him," said the two-time Lok Sabha MP, who is often referred to as the number two leader in Mamata Banerjee's Trinamool.