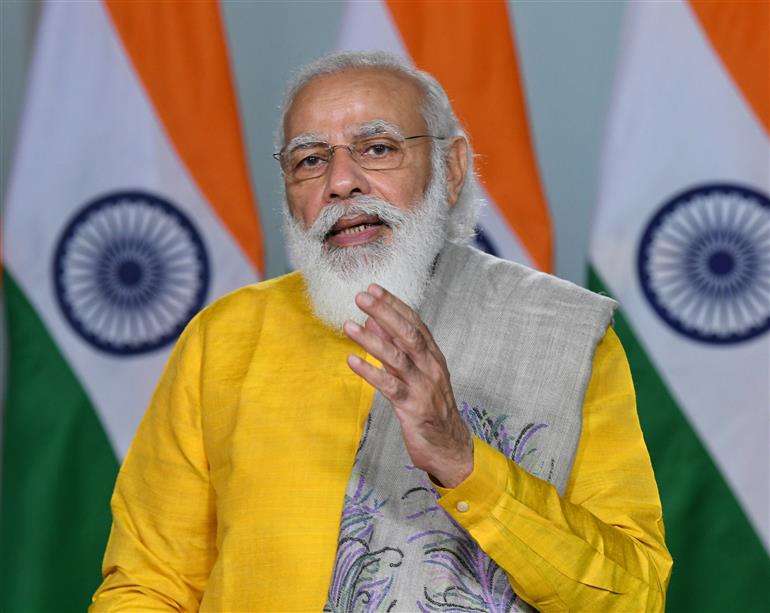 New Delhi/IBNS: Prime Minister Narendra Modi on Sunday said Centre's new farm laws have opened doors of opportunity for the Indian farmers amid a massive protest against the same in and around Delhi.

"The new farm laws have opened the doors of opportunity for the Indian farmers," PM Modi said in his monthly radio address 'Mann ki Baat.'

"The demands that farmers made over the years, which every government had only promised to meet so far, have finally been met," PM Modi said.

"The Indian government has given shape to the laws after much deliberation. Most of the constraints of the farmers have been ended, they have been given new rights and new opportunities," he added.

On Saturday, Union Minister Amit Shah said the government is ready to discuss the concerns of the agitating farmers who have been camping outside the national capital, said media reports.

In a video message, Shah urged the farmers to call off their protest as the government is ready to consider every issue troubling them.

Speaking during the Sunday's address, PM Modi also said the pandemic has changed the "way we do things, also gave us an opportunity to experience nature in a different way."

"Our attitude towards nature has changed," he said.

"Despite coronavirus pandemic, we saw people celebrating Heritage week in an innovative manner," he said.