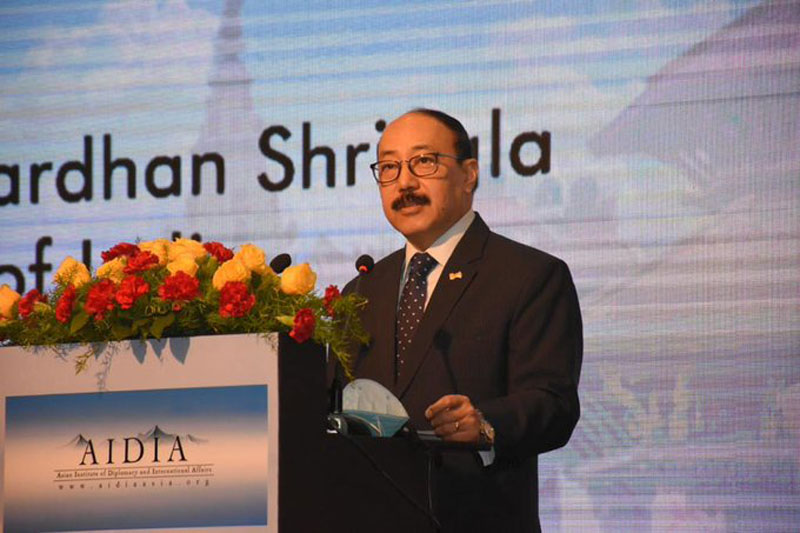 Relationship between India and Nepal is intricate: Harsh Vardhan Shringla

Kathmandu: Indian  Foreign Secretary Harsh Vardhan Shringla on Friday said the relationship between India and Nepal is intricate and exists in various paradigm.

"The Nepal-India relationship is intricate and exists in various paradigms. We share the same geography, civilisational heritage, culture and customs. There are affinities in religious and spiritual traditions, even food habits," Shringla said while speaking at the Asian Institute of Diplomacy and International Affairs (AIDIA) here.

He said: "The people-to-people linkages are so strong and so powerful that quite frankly we in government only complement these."

He visited Nepal for two days.

"Given our similarities in environmental conditions and socio-economic challenges, there is so much we can learn from each other. Let me illustrate with an example of my own career," Shringla said.

"As a younger officer, I have vivid memories of an iodised salt programme that India supported in the hilly remote districts of Nepal. It helped address the chronic ailment of goitre, and mirrored India’s own battle against this pressing health problem. As someone from the hills myself I personally experienced the incidence of Goitre in many of our hill districts in India," the Indian official said.