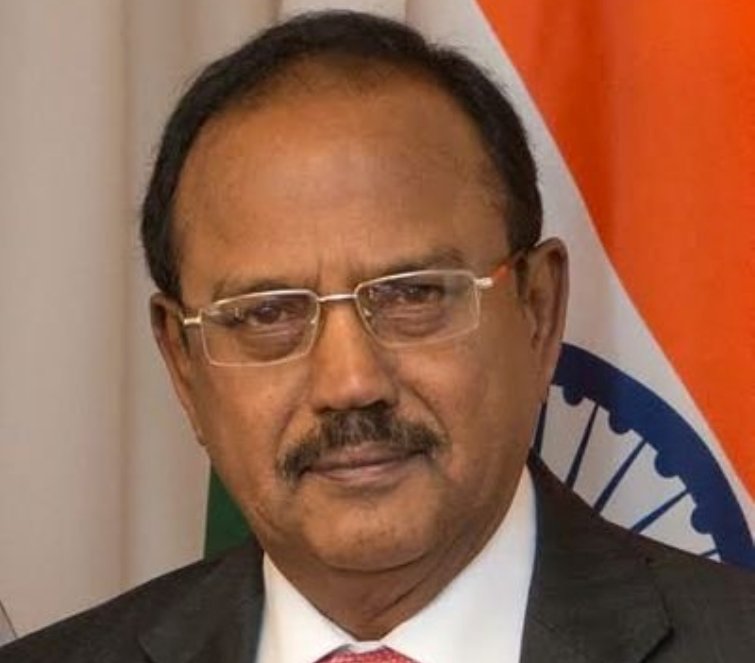 Delhi/UNI: National Security Adviser Ajit Doval met the Defence Secretary of Sri Lanka Major Gen(Retd.)Kamal Gunaratne, ahead of the trilateral maritime and security conference which got underway in Colombo on Saturday.

Doval and Gunaratne discussed matters pertaining to the growing defence and security partnership between India and the island nation, said the Indian High Commission.

The two dignitaries "agreed on several steps to further strengthen the valuable cooperation between the two countries which contributes to peace and security in the region," the High Commission said.

The security advisor also met the Maldives Defence Minister Maria Didi and had a "detailed" discussion on deepening two-way defence and security partnership.

With the Sri Lankan premier, he discussed strategies to boost the economy and said a move towards development with other countries in the region should be identified.

He asked Prime Minister Rajapaksa to take the lead in building a dialogue between countries in the region, as well as in creating a dialogue to find solutions to a recession and boost the economy, according to a country's news outlet.

Doval stressed that the Government of India will extend its full support towards these efforts.

Recalling that housing schemes have been implemented in the North, East, and Central Hills with the assistance of the Government of India, the Prime Minister requested assistance to initiate such housing projects centered in the South.

Doval said the Indian government will provide support for this effort as well.

At the meeting, it was agreed to launch a state-of-the-art drinking water supply project in Sri Lanka, a project which was first initiated in India as per the vision of Indian Prime Minister Narendra Modi.

At the trilateral meeting, delegations from Bangladesh, Mauritius, and Seychelles are said to be taking part.