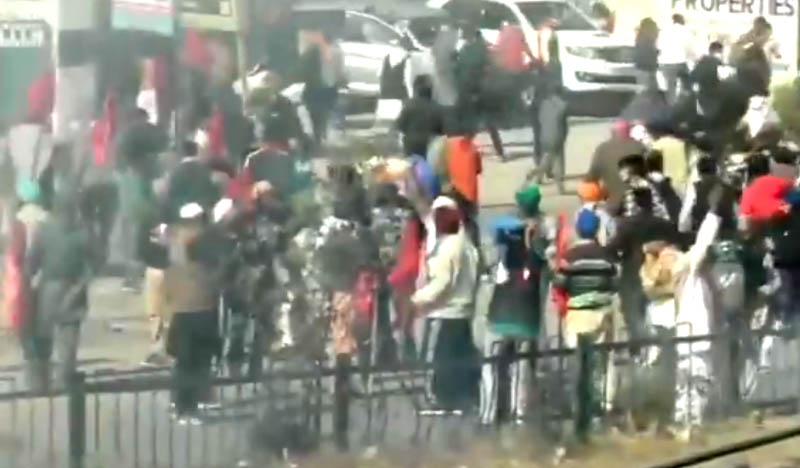 Chandigarh/UNI: Aam Aadmi Party (AAP) Punjab leaders and workers, rising above their political considerations, on Friday joined the peasant movement in large numbers to extend whole-hearted support to their "justified cause."

Hundreds of Aam Aadmi Party workers and leaders arrived in Delhi on a ‘Dilli Chalo’ call given by the farmer bodies without the party's flag and banner.

Party senior leader and Deputy Leader of Opposition Sarabjit Kaur Manunke and Youth Wing Co-President Gagan Anmol Mann, who managed to enter Haryana through Khanauri, along with party workers, said the unprecedented unity of the farmers of Punjab and other parts of the country, would bring the Narendra Modi government at the Center on its knees.

They said the anti-farmer designs employed by Punjab CM Capt. Amarinder Singh, who was dancing to the tunes of PM Narendra Modi, against the interests of the farmers would be thwarted.

Earlier, eight Aam Aadmi Party MLAs from Punjab staged a protest in front of the Prime Minister's official residence against the three draconian farm laws, who were later taken into custody by Delhi Police.

The protesting AAP MLAs said they would not be intimidated by the atrocities being perpetrated by the government on them to gag their dissenting voices, in favour of the struggling farmers.