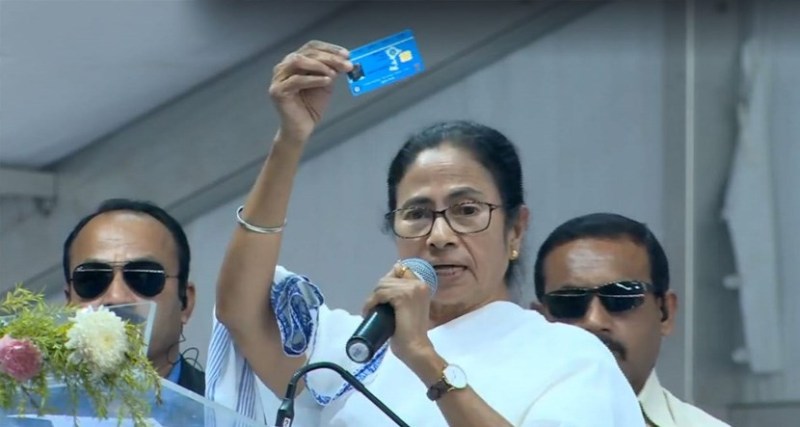 Ahead of Bengal polls, Mamata Banerjee extends health scheme to all

Kolkata/IBNS: With just a few months left for the high-octane 2021 assembly elections in West Bengal, Chief Minister Mamata Banerjee on Thursday extended the coverage of existing health scheme 'Swasthya Sathi' to the entire population, which is approximately 10 crore, of the state.

Banerjee said 'Swasthya Sathi' smart cards will be distributed to all families in West Bengal from Dec 1, 2020.

The card will be given to female guardians of the family.

Anyone who is not enrolled in any other health scheme can avail the benefits of this card.

These benefits include treatment in several private hospitals as well with coverage of up to 5 lakhs.

The Trinamool Congress government has blocked a similar health scheme, named Ayushman Bharat, as it requires 40 per cent funding by the state.

Banerjee had earlier made clear Ayushman Bharat will be allowed in West Bengal if the Centre funded the entire amount.