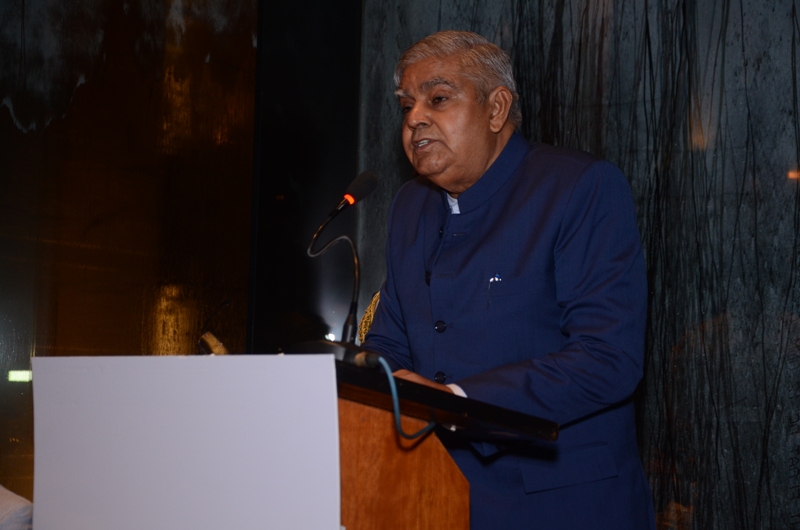 Kolkata/IBNS: In a new low in the strained relationship between the Governor House and the ruling party, Trinamool Congress MP Kalyan Banerjee on Thursday said Jagdeep Dhankhar should be prosecuted for "obstructing" a corruption probe only to be hit back by the latter.

At a press conference in Trinamool Bhavan here, Banerjee in an unsparing attack on Dhankhar said, "The governor is speaking on behalf of the accused and obstructing the investigation. Everyone knows he tweeted again on Nov 25."

Dhankhar received the criticism after he had tweeted against the raids at the offices of three Chartered Accounts (CAs) by Kolkata Police last week.

Police raided the offices after the arrest of Govind Agarwal, an alleged middleman, who is accused of money laundering through a web of shell firms.

Why forget “Be ye never so high, the law is above you.”

Banerjee on Thursday accused the Governor of maintaining "secret links with BJP (Bharatiya Janata Party) criminals and other criminals" and attacked the latter for targeting West Bengal Chief Minister Mamata Banerjee, who also heads the Trinamool.

The Trinamool parliamentarian's sharp attack was followed by Dhankhar's long statement where the Governor has accused the ruling dispensation of devising a strategy to divert attention from the real issues in the state.

Dhankhar said, "This is unfolding of a strategy to take a diversionary route so that burning issues get to back burner. This shall not happen. It deserves no serious note except for being ill informed on law, fact and constitution."

"In summation it is part of an ongoing vituperative campaign to cover up monumental lapses and constitutional indiscretions. These cannot be impactful. I cannot help if some can even not read and understand the tweet language. I rubbish any assertion made that indicates otherwise than my commitment for accountability and transparency."

"I would continue to discharge vigorously of my constitutional obligations undeterred by any diversionary strategic moves and vindicate my oath of office under Article 159 of the Constitution to defend, preserve and protect the constitution and to serve the people of the state," an excerpt of the statement reads.