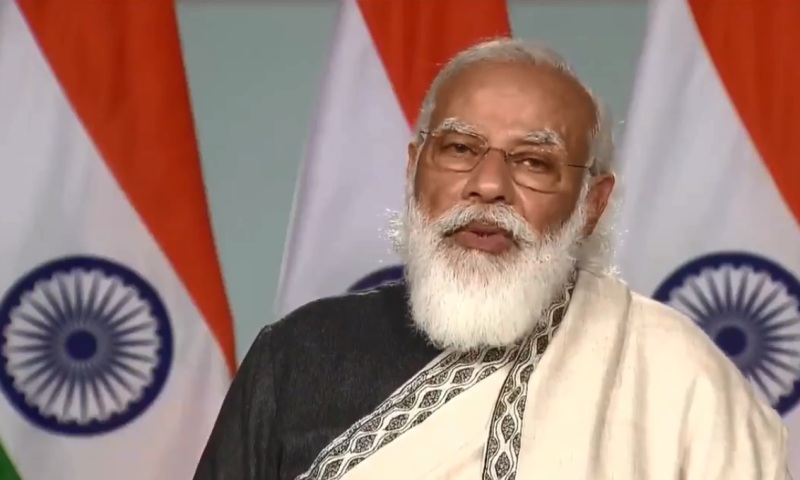 Discussion on 'One Nation One Election' needed: PM Modi

New Delhi/IBNS: Prime Minister Narendra Modi on Thursday once again pitched his idea of "One Nation One Election", saying it is not a matter of debate but what the country needs.

He made the remarks while addressing the concluding session of 80th All India Presiding Officers Conference at Kevadia Gujarat via video conferencing.

The Prime Minister called for discussion on one nation one election.

"Common Voter list can be used for this. Digital innovations in the fields of legislatures should be taken up in real earnest for this," said the PM.

During the address, Modi said that it is a day to remember the inspiration of Gandhi ji and commitment of Sardar Vallabhbhai Patel.

He also remembered victims of the Mumbai terrorist attack which took place on this day in 2008 and paid tribute to the martyrs of the security forces.

"After the emergency, the system of Checks and Balances kept getting stronger as Legislature, Executive and Judiciary moved ahead learning from the episode. This was possible due to the confidence that the 130 crore Indians have in the three branches of the Government," said he.

The Prime Minister cautioned against the tendency of keeping projects pending.

He gave an example of Sardar Sarovar which was stuck for years and kept the People of Gujarat, Madhya Pradesh, Maharashtra and Rajasthan from the massive benefits which finally accrued when the dam was finally constructed.