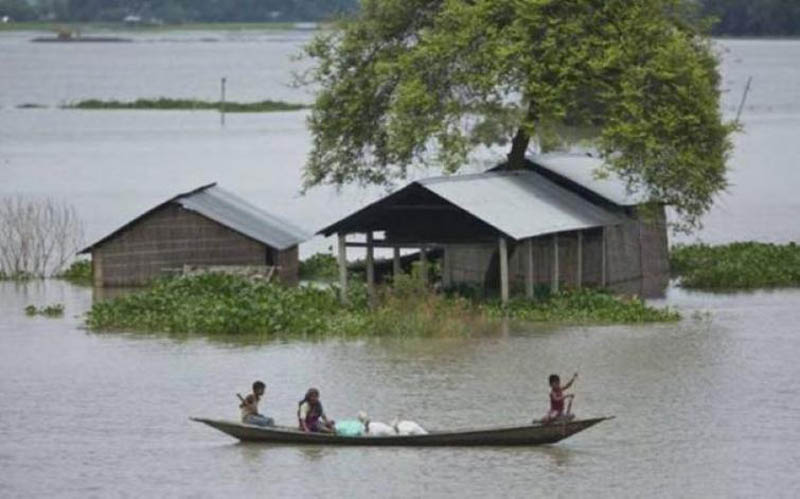 Guwahati/IBNS: A high level Inter-Ministerial Central Team (IMCT) comprising seven members from different Ministries of the union government visited various districts of Assam for on-spot assessment of the flood/landslide damages during the current year from Nov 23 to Nov 25.

Further, the team wrapped up the details with the senior officials of Govt. of Assam today at CS Conference Hall, Janata Bhawan, Dispur and the Team was headed by Sandeep Poundrik, Additional Secretary (Mitigation), NDMA, New Delhi.

The central team discussed the damages and loss of the livelihood and properties of the visiting districts of Assam viz. Kamrup, Goalpara, Bongaigaon, Nagaon and Hojai with Govt. of Assam in the meeting.

Jishnu Baruah, Chief Secretary to the Assam government urged the central team to consider releasing the fund under National Disaster Response Force (NDRF) for repair and restoration works against the damages during the current year's flood.

Baruah also urged the team to consider Erosion as an item admissible under SDRF/NDRF in their report to the union government as the state suffers heavily due to river erosion every year.

Poundrik in this regard, assured the Assam government and said that they will submit the report with recommendations very soon to the centre.

It may be mentioned that, this year the Assam government has requested for release of Rs 2642.99 crores from SDRF/NDRF for repair and restoration works.