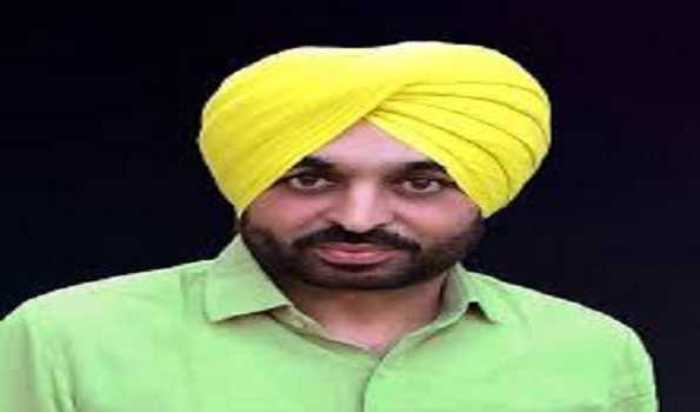 AAP to launch 'Save Farmers, Workers, Traders' campaign in Punjab from Dec 4

Chandigarh/UNI: The Aam Aadmi Party (AAP) Punjab would launch its 'Save Farmers, Workers, Traders' campaign in the state from Dec 4.

The campaign would be formally launched at Maur Mandi amid a massive rally to be held on the occasion.

AAP state President and MP Bhagwant Mann in a statement issued from the party headquarters here on Wednesday said under this campaign chalked out by the party, three rallies would be held in Punjab, adding that rallies would be held on Dec 4 at Maur Mandi, followed by one on Dec 13 at Patti, and Dec 20 at Bagha Purana.

He said these rallies would focus on the three contentious new farm laws pushed by the Modi government at the Centre which were not only anti-farmer but also anti-people, adding that even the commonest people of Punjab were associated with farming one way or the other.

Bhagwant Mann on the occasion said Captain, who pretends to be the farmers' messiah, should bring MSP to farmers on all crops under legal ambit.

Mann added that CM should use his good offices as the state chief minister and speak to the Centre to assure a legal guarantee of MSP on all crops".

Mann said that if the Centre runs away from making MSP a legal right of the farmers, Chief minister Amarinder Singh should assure legal guarantee to the farmers on MSP, else should quit the post.

The Sangrur MP said once the Aam Aadmi Party formed its government in Punjab in 2022, would ensure MSP to farmers on all crops.

Bhagwant Mann said the general public would be made aware about the three anti-farmer Central laws at the designated rallies, adding that meetings had already started in different cities and towns for the upcoming rallies, kick-starting from the Maur Mandi.

Mann alleged that under the guise of peasant agitation, the Captain government was trying to hide its failures, saying the Captain had promised jobs in every household, smartphones to students, among others, which had not been fulfilled till date.

He stated that every section of the society was suffering while he (Captain) was enjoying kingly comforts in the royal palace.

Slamming the Khattar government in Haryana for sealing the state border to prevent farmers from entry into Haryana, Mann said it was a blatant violation of the right to protest guaranteed by the constitution, adding the Aam Aadmi Party strongly opposed the move.