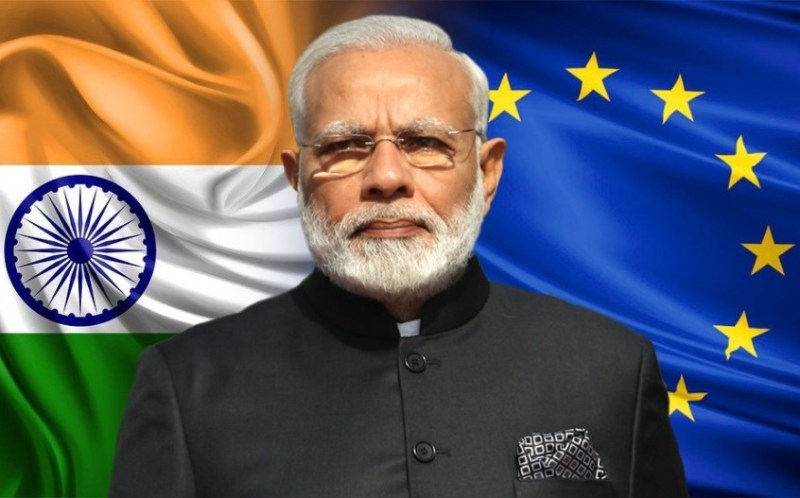 The parliamentarians began their letter with praise for India: “As the Republic of India, the largest democracy in the world, celebrates Samvidhan Divas on the 26 November 2020, we send our congratulations to the country for maintaining peace, democratic values and freedoms and for upholding the Constitution of India established in 1949.”

In a touching token of recognition, the politicians added: “We remember on this day the 130th birth anniversary of the immensely respected B.R. Ambedkar and the role he played in establishing the constitution.”

The Members of the European Parliament (MEPs) remarked that despite India’s short term as a Republic, it was “steeped in history and culture."

"With its diversity of states, cultures and religions, India is a beacon for the democratic and free world.”

Further praising India, they highlighted that India “must be recognised for her dedication towards advocating and encouraging the principles of freedoms and rights under its constitution, one which treats all citizens equally.”

India was also honoured for its principles of non-violence, when it was acknowledged that it had always maintained peace, in the country and the region, and had retained its independence through principles of non-alignment.

The celebratory tone of the letter then turned to one of compassion as MEP Mariani and MEP Gancia, recollected the violence and tragedy of 26 Nov 2008 in Mumbai when 166 innocent people were murdered, including some who were tortured or disfigured before being killed, and the 300 victims who sustained injuries, by Pakistan based terrorists.

“We send our condolences on this somber occasion and recognise the families and the individuals of the army and emergency services who were forced to witness the horrors resulting from these attacks. Europe mourns with you as we are also facing increased attacks from fundamentalists and extremists at this time.”

At the time of the abominable brutality and bloodshed of 26 November 2008, there was a visit of European Parliamentarians to India. Many were staying in the hotels that were targeted by the terrorists, none were seriously injured.

Both Mariani and Gancia as politicians, have moved beyond lip service, in their stand with India, in the fight against terrorism.

The action focussed parliamentarians have “continually raised questions to the Vice- President of the Commission / High Representative of the Union for Foreign Affairs and Security Policy, Mr Josep Borrell, in an attempt to comprehend and enhance the European Union’s activities to prevent terrorism.”

Going on to say that, specifically, they “have challenged the European Commission on its continual support for Pakistan, especially in regards the financing of terrorism by the Islamic Republic of Pakistan and its listing on the Financial Action Task Force grey watchlist which contravenes EU guidelines for assistance.”

As highlighted by the parliamentarians, the Financial Action Task Force (FATF) has repeatedly, and explicitly, highlighted Pakistan’s failure to address terrorism financing to organisations such as Lashkar-e-Taiba.

Lashkar-e-Taiba (LeT) is the Pakistan state sponsored violent extremist Islamist jihad organisation, hosted in Pakistan, which is known to have planned the Mumbai 2008 operation in conjunction with both the Pakistan Military and Inter-Services Intelligence (ISI). The terrorist offensive consisted of multiple shooting and bombing incidents across Mumbai, lasting for 4 days.

“Whilst Pakistan has tried to deny its links with terrorist organisations the evidence, including United States intelligence reports, the origin of the attackers and Pakistan’s former Prime Minister Nawaz Sharif’s admission of the country’s involvement, all demonstrate, without doubt, that the Islamic Republic of Pakistan remains a global threat”, stated Mr Mariani and Ms Gancia.

The MEPs additionally confirmed that “as parliamentarians we have called for the European Union to impose sanctions on the Islamic Republic of Pakistan and on individuals; terrorists, and those supporting and promoting terrorist activities; and to condemn state sponsored terrorism.

They also addressed visa and passport fraud, as well as illegal migration   challenges that both India and the European countries face in preventing terrorism emanating from third countries.

In concluding their letter, and in praise of Prime Minister Modi’s work, the Members of the European Parliament again complimented India’s approach to addressing terrorism: “Through legislation and maintenance of the rule of law, and through control over its borders, India seeks to protect herself, without external interference, inline with the Constitution of India.”