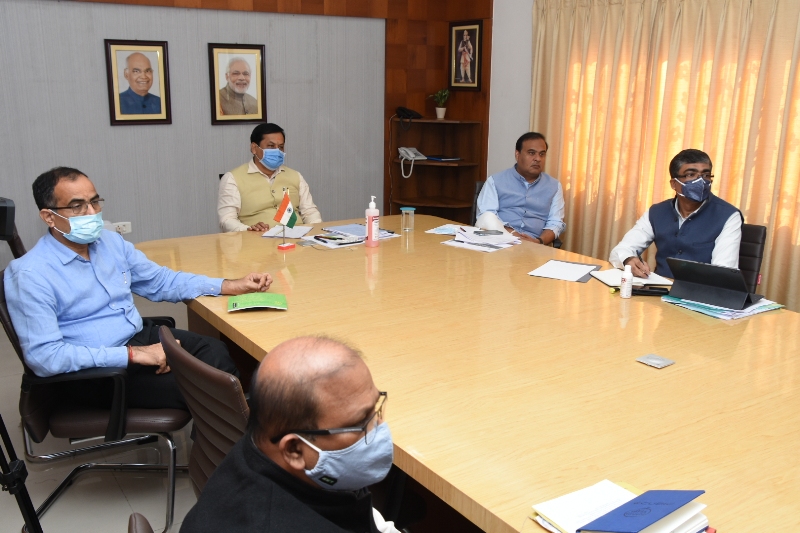 Guwahati/IBNS: Prime Minister Narendra Modi chaired a high-level meeting with Chief Ministers of all States and UTs on Tuesday via video conferencing, to review the status and preparedness of COVID-19 response and management, with special emphasis on eight high focus States.

These States were Haryana, Delhi, Chhattisgarh, Kerala, Maharashtra, Rajasthan, Gujarat and West Bengal. The modalities of Covid-19 vaccine delivery, distribution and administration were also discussed during the meeting. 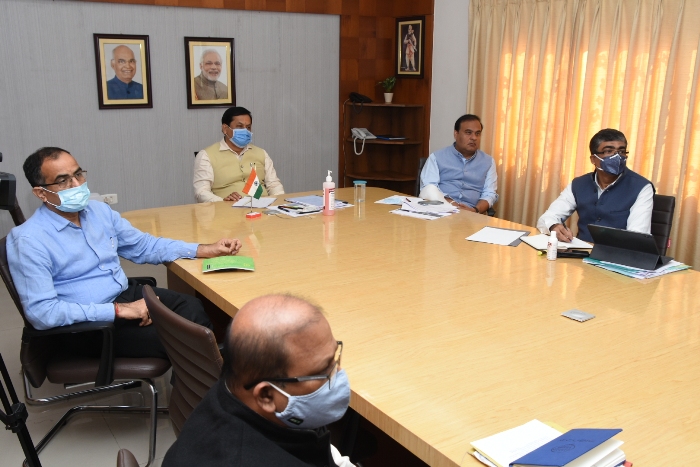 The Prime Minister remarked that the country has faced the pandemic through concerted efforts and in terms of both recovery rate and fatality rate, the situation in India is better than most other countries.

He talked about the expansion of the testing and treatment network, and noted that special emphasis of the PM CARES fund has been to make available oxygen. He said that efforts are on to make medical colleges and district hospitals self-sufficient in terms of oxygen generation, and informed that the process for establishing more than 160 new oxygen plants is underway.

Stating that it is important to understand how the people have reacted to the pandemic, the Prime Minister noted that it can be broken down to four stages. The first was of fear, when people reacted in panic.

“The second stage saw cropping up of doubts about the virus, when several people tried to hide that they had been afflicted by it. The third stage was of acceptance, when people became more serious about the virus and displayed greater alertness. In the fourth stage, with increasing recovery rate, people have developed a false notion of security from the virus, thus leading to rise in instances of negligence,” PM Modi said.

Prime Minister Modi emphasized that it is of utmost importance to increase awareness about the seriousness of the virus in this fourth stage. He noted that the trend of increase in spread of the pandemic in countries where its impact was earlier lessening, is being seen in some States as well, which necessitates greater alacrity and caution by the administration.

PM Modi noted that it is important to increase RT-PCR tests, ensure better monitoring of patients especially those in home isolation, better equip health centres at village and community level and keep running awareness campaigns for safety from the virus. He said that our target should be to bring down the Fatality Rate below 1%.

The Prime Minister reassured that the government is keeping a close watch on the development of vaccines and is in contact with Indian developers and manufacturers, along with global regulators, governments of other countries, multilateral institutions and international companies. He added that it will be ensured that the vaccine for citizens will meet all necessary scientific criteria.

He underlined that just like the focus in the fight against COVID has been on saving each and every life, the priority will be to ensure that the vaccine reaches everyone. Governments at all levels will have to work together to ensure that the vaccination drive is smooth, systematic and sustained. The Prime Minister noted that the priority of vaccination is being decided in consultation with the States. The requirements of additional cold chain storages have also been discussed with the States. 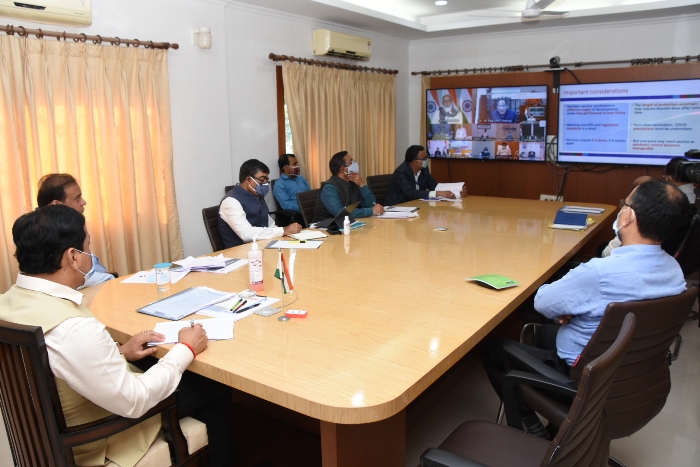 The Prime Minister forewarned that past experience tells us several myths and rumours are spread around vaccines. Rumours about side effects of the vaccine may be spread. He emphasized that such attempts need to be tackled through spreading greater awareness, by taking all possible help including civil society, students of NCC & NSS and the media.

The Chief Ministers praised the leadership of the Prime Minister and thanked the Central Government for providing necessary assistance in improving health infrastructure in the States. They provided detailed feedback of the ground situation in their States.

They gave an overview of the rise in number of cases, discussed issues like post-COVID complications, measures taken to increase testing, steps initiated like testing being done at State borders, going from home to home to conduct tests, curbs being put to reduce size of public gatherings, imposition of curfews and other crowd restrictive measures, awareness campaigns being run and steps taken to increase usage of masks. They also discussed and gave suggestions about the vaccination drive.

Union Health Secretary Rajesh Bhushan gave a presentation on the current COVID situation and shared details about preparedness. He discussed targeted testing, tracing and testing all contacts within 72 hours, increasing RTPCR testing, efforts to improve the health infrastructure and fine tuning of data reported from the States. Dr. VK Paul, Member, NITI Ayog, gave a presentation on delivery, distribution and administration of the vaccine.