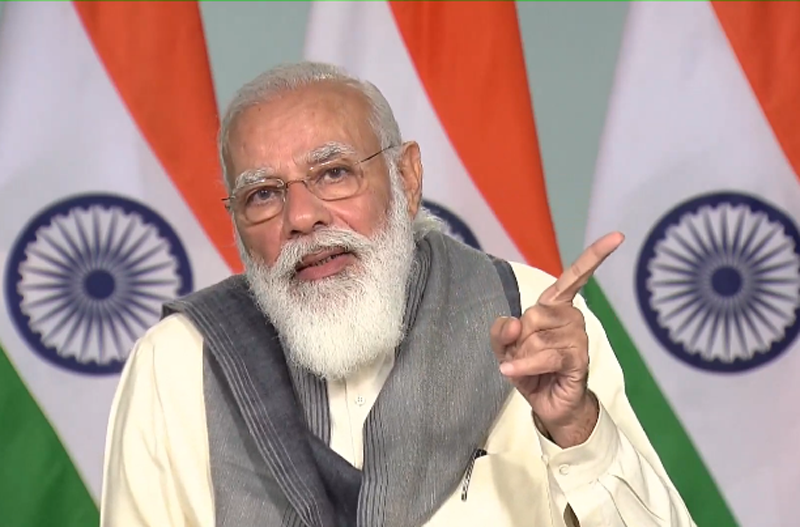 We need to speed up efforts to reduce transmission of virus: PM Modi tells CMs during meet on COVID-19

New Delhi: Indian PM Narendra Modi on Tuesday discussed the COVID-19 situation with the Chief Ministers of various states and said efforts should be made to reduce transmission of virus.

"We need to speed up our efforts to reduce transmission of the virus. Testing, confirmation, contact tracing and data must be given top priority," the Indian PM said.

Speaking on the issue of vaccine, he said: "Our team is constantly working with Indian developers and manufacturers in relation to the vaccine."

"We'll soon decide upon a detailed plan in discussion with the state governments.  Task forces need to be started on state, district and even block levels," he said.

India, which is the second worst-hit COVID-19 nation in the world, recorded 37,975 new cases in the past 24 hours, as per Ministry of Health released data on Tuesday.

During the same period, the country also registered 480 deaths.

The total death toll due to the disease now stands at 134218.So far, 8604955 people have been discharged from hospitals.

At the same time, there are 438667 active cases in the country right now.