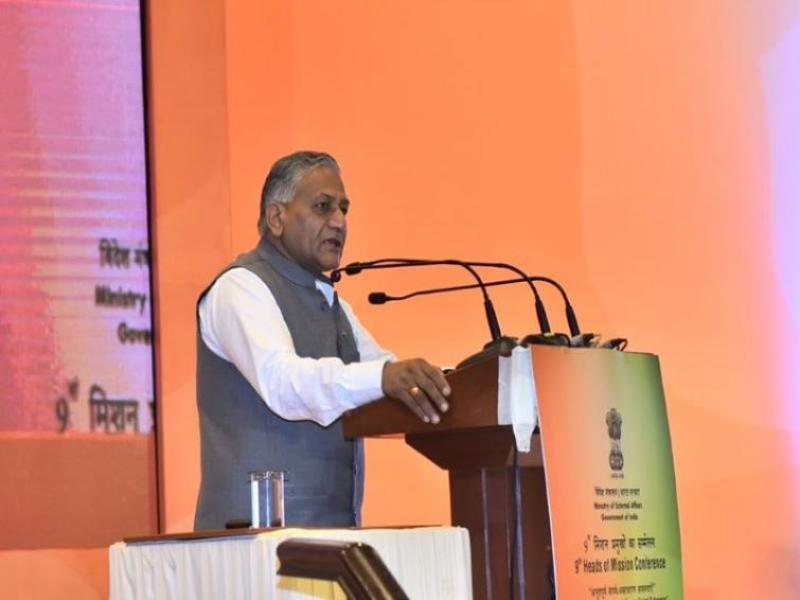 Nagrota Terror attack was an attempt by Pakistan to disrupt upcoming local body polls in Jammu and Kashmir: VK Singh

“Prime Minister Narendra Modi took the review meeting. I always believed that our leadership is strong under PM Modi. Regarding this encounter, many arms and ammunition were recovered and this is an attempt by Pakistan to disrupt the election. I congratulate Jammu and Kashmir police and security forces for foiling the terror attempt,” Singh told ANI here.

Warning Pakistan, Singh said any attempt of infiltration in Indian territory will not be spared.

“One way they (forces) taught a lesson to Pakistan that we are fully ready and if they infiltrate in our territory then they will not be spared,” he added.

India on Saturday summoned a Pakistan High Commission official and lodged a strong protest at the attempted terror attack in Jammu and Kashmir on November 19 which was reportedly planned by Pak-based terror outfit Jaish-e-Mohammed (JeM).

Pakistan's Charge dÁffaires (CDA) was summoned by the Ministry of External Affairs and a strong protest was lodged over the attempted terror attack at Nagrota which was foiled by alert Indian security forces.

"It was demanded that  Pakistan desists from its policy of supporting terrorists and terror groups operating from its territory and dismantle the terror infrastructure operated by terrorist outfits to launch attacks in other countries. India reiterated its long standing demand that Pakistan fulfill its international obligations and bilateral commitments to not allow any territory under its control to be used for terrorism against India in any manner,'' Ministry of External Affairs said in a statement on Saturday.

It reiterated that India is firmly and resolutely committed to take all necessary measures to safeguard its national security in the fight against terrorism.

Initial reports indicate the attackers to be members of Pakistan based Jaish-e-Mohammed (JeM), a terrorist organization proscribed by the United Nations and several countries.

The Government of India expressed its serious concerns at continued terror attacks by JeM against India.

Four suspected Jaish terrorists were killed and two policemen injured in the Nagrota gunbattle after a truck carrying newly infiltrated terrorists was intercepted by security forces.

JeM has been part of several attacks in India in the past, including the Pulwama attack in February 2019.

"The huge cache of arms, ammunition and explosive material indicate detailed planning for a major attack to destabilise peace and security in the UT of Jammu and Kashmir,  in particular, to derail the ongoing democratic exercise of conduct of local District Development Council elections," the MEA statement said.

Prime Minister Narendra Modi held a review meeting on Friday with top security brass in the wake of the Jaish terror attack at Nagrota and hailed the alert forces for displaying utmost bravery and professionalism to thwart efforts to inflict major havoc and destruction.