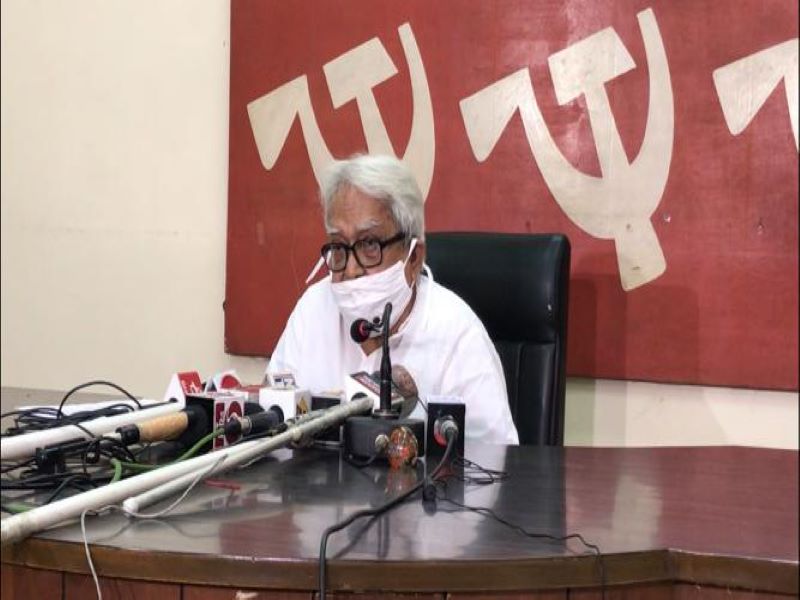 'Congress must join us in movement before we seal poll alliance': Left Front chairman Biman Bose

Kolkata/IBNS: Left Front Chairman Biman Bose on Sunday said the left parties constituting the front are yet to discuss the alliance with Congress for the crucial 2021 West Bengal Assembly polls.

"We Left parties have not discussed among ourselves anything about our alliance with Congress for the polls yet," Bose said in a press conference, adding that the discussions will be held only after November 26-27 post-Bharat Band, called by the Left parties against price rise, privatisation of PSUs and a host of other policies of the BJP-led NDA government at the Centre.

Biman Bose argued that the Left wasn't late in discussing the alliance.

He asserted that the outcome of an alliance with the Congress without jointly participating in movements (bandhs, etc) based on common agendas had been proven in the 2016 Assembly elections.

"The result of an alliance without movement was evident in 2016 Assembly polls. First we want a movement together with Congress," he averred.

The Left Front chairman's statement comes amid reports that the Congress and the Left met Tuesday last (Nov 17) to chalk out their strategy to fight the West Bengal Assembly polls.

Attacking the ruling Trinamool Congress which unseated the 34-year-old Left Front government in West Bengal, Biman Bose said, "We can’t forget that TMC is responsible for bringing BJP to the state."

The saffron party which had fared poorly in the 2016 state elections had  an impressive performance in the 2019 Lok Sabha polls making major inroads into the state by winning nearly half the seats.

BJP's win was termed a "paradigm shift" in the state's political narrative and has since then positioned it as a formidable opponent for both the TMC and the Left Front.

However, Bose accused the TMC of being in an understanding with the BJP.

"We believe BJP and TMC have an understanding," the Left Front chairman maintained while responding to questions on CPI-ML's proposition that the Left Front must first focus on decimating BJP from West Bengal.

He stressed that while BJP was openly communal, TMC, too, had resorted to  communalism for meeting its political objectives.

"BJP has been an openly communal force. But we have noticed that TMC also has done competitive communalism," he said.

"CPI-ML is a different political party. It can have it’s own thinking," Bose added, apparently rejecting the CPI-ML's opinion.