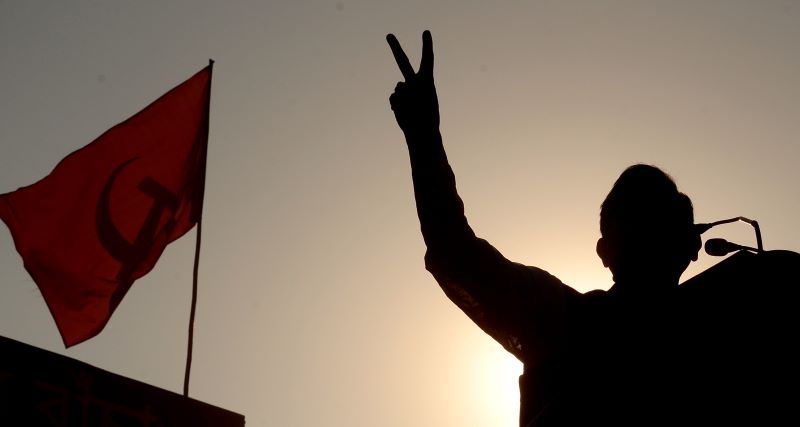 Forward Bloc objects to Congress' initiative for alliance with Leftists

New Delhi/UNI: The possibility of a 'Third Front' comprising the Congress and the Left Front eyeing the Bengal Assembly elections has received a jolt with the Forward Bloc (FB) objecting to forming any such alliance.

The party also objected to Chowdhury's "hurry" to tie up with the Leftists, keeping other Front partners "in the dark".

The FB also warmed up to CPI(M-L)'s recent call for "all secular forces" to unite against BJP in the Bengal polls.

The party also suggested that the Left Front brass might have been "hasty" in dismissing the possibility of a Bihar-like alliance.

Informatively, on Nov 17, Chowdhury argued for the Congress-Left pact in a meeting with Left leaders to present a "viable alternative" to BJP and Trinamool Congress before the people of Bengal.

Chowdhury had also urged Left Front leaders to leave behind "past acrimonies" and roll out a plan to hold joint programmes and electoral adjustments for "mutual benefit".

According to some political observers, "What's really aiding BJP in Bengal is the near-total collapse of the Left and the Congress".

As a result, the observers felt, - "A vacuum has been created in the Opposition space in the state which BJP is now filling".

The Bengal Assembly elections, for 294 seats, are scheduled to be held in April-May, 2021.