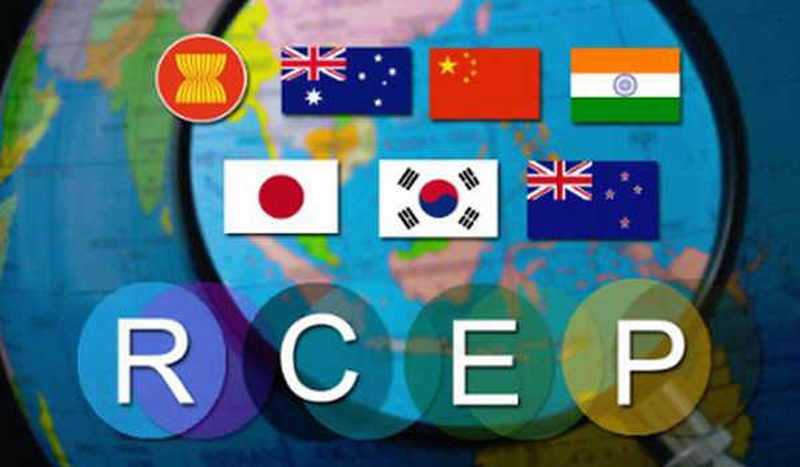 New Delhi/UNI: The 15 member-countries of the Regional Comprehensive Economic Partnership (RCEP) have once again said the free trade deal is open to India, given its strategic importance as a regional partner in creating deeper and expanded regional value chains.

The countries which signed the agreement on Sunday said they would start talks with New Delhi when it indicates its willingness to join the grouping.

"We are committed to ensuring that RCEP remains an open and inclusive agreement. Further, we would highly value India's role in RCEP and reiterate that the RCEP remains open to India.

As one of the 16 original participating countries, India's accession to the RCEP Agreement would be welcome in view of its participation in RCEP negotiations since 2012 and its strategic importance as a regional partner in creating deeper and expanded regional value chains," they said, welcoming the Ministers' Declaration on India's Participation in the Regional Comprehensive Economic Partnership (RCEP).

In the meantime, India could participate in the RCEP deliberations that includes 10 Southeast Asian economies along with China, Japan, South Korea, New Zealand and Australia – as an observer.

It could also participate in economic cooperation activities undertaken by the signatory states under the RCEP Agreement, “on terms and conditions to be jointly decided upon by the RCEP signatory states," a statement by the grouping posted on its website said.

Analysts say some of the signatories are wary of China's influence given its huge economic linkages with South East Asia, and want India to be right there to counterbalance Beijing. They also reject the prevalent impression that RCEP is China-led.

"#RCEP is an Indonesia and ASEAN-initiated and -led negotiation process. India is key country of Indo-Pacific that participated in negotiations from Day 1 and significantly shaped RCEP today," said Indonesia's ambassador to India Sidharto Suryodipuro in a Tweet.

India last year withdrew from the negogiations citing reservations that goods manufactured by China could come into India through third countries under the RCEP, exacerbating its already huge trade deficit.