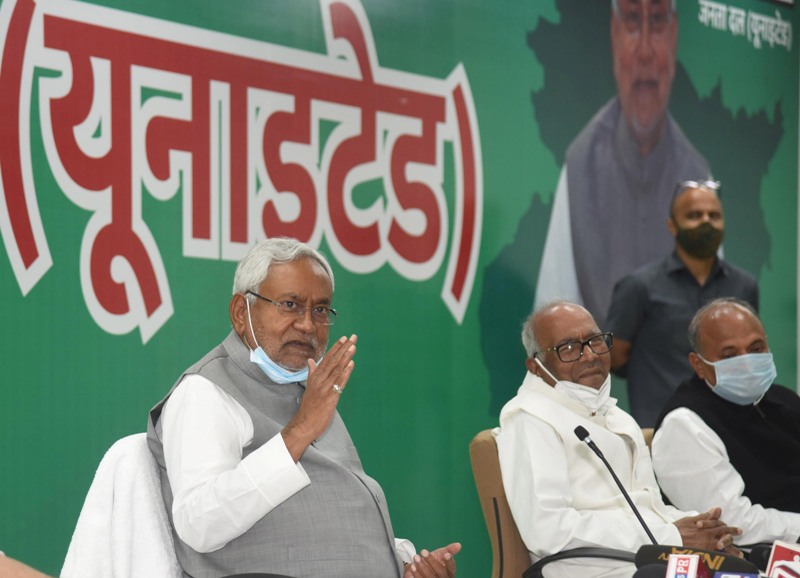 Patna/UNI: Bihar Chief Minister Nitish Kumar is all set to be formally elected as leader of NDA legislature party on Nov 15 enabling him to become CM for next term.

After a meeting of newly elected NDA legislators and senior leaders of the constituent parties at his official residence, Kumar told media persons here that it had been unanimously decided to convene a meeting of NDA legislature party on November 15 at 12:30 PM.

All details for the formation of the new government would be finalised in the meeting, he added.

"After completing all formalities at NDA meeting on November 15, unanimously elected leader of NDA legislature party will call on Governor Fagu Chauhan to stake a claim for formation of the new government ," Chief Minister said, adding that list of newly elected MLAs had already been submitted to Governor by the Election Commission.

The Cabinet meeting would be held this evening for completing formalities required to pave the way for the formation of the next government, he added.

The Chief Minister said the term of present assembly is ending on Nov 29.

The Cabinet would recommend dissolution of the present assembly so that the new government could be formed, he said, adding that it was a constitutional formality to be completed.