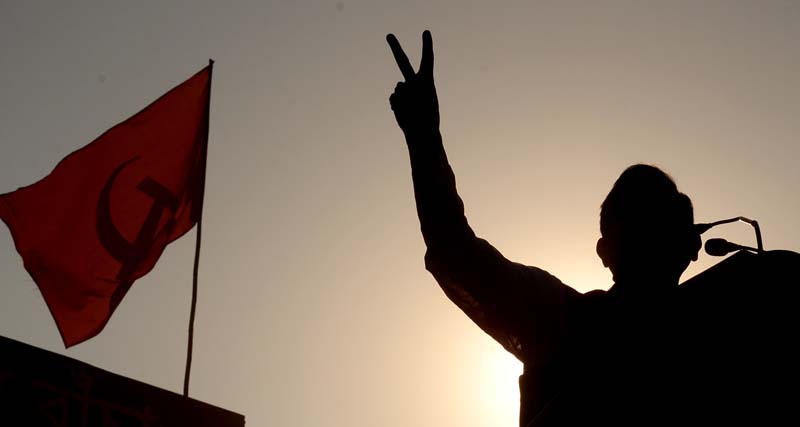 Left in search of 'right' path ahead of Bengal assembly polls

New Delhi/UNI: The Leftists, who ruled Bengal for a record 34 years (1977 -2011), seem now in a dilemma to exploit strategies in respect of the Assembly elections next year while analysing the Bihar post poll scenario.

The CPI-M led Left Front, dethroned by the Trinamool Congress almost 10 years ago from the state, is not yet emerging "united" with speaking in many "voices" with regard to its stance to be taken relating to the scheduled polls in April-May 2021.

According to political pandits here on Thursday, "The Left should search for a 'right' path and a united strategy in its bid to revive the past glory."

Informatively, CPI-M-L Liberation, among the 16 parties in Bengal's Front family, is preferring to target BJP first and even has no inhibition in taking along TMC while CPI-M sticks to its anti-TMC-BJP stance.

The differences came out on Wednesday when Left Front Chairman Biman Basu turned down CPI-M-L general secretary Dipankar Bhattacharya's suggestion that Left parties should target BJP together in Bengal.

"Bengal has its own model. There is no question of replicating the Bihar model in Bengal," Basu observed.

Incidentally, under Bhattacharya's guidance, the party won 12 of the 19 seats it contested in the Bihar Assembly polls.