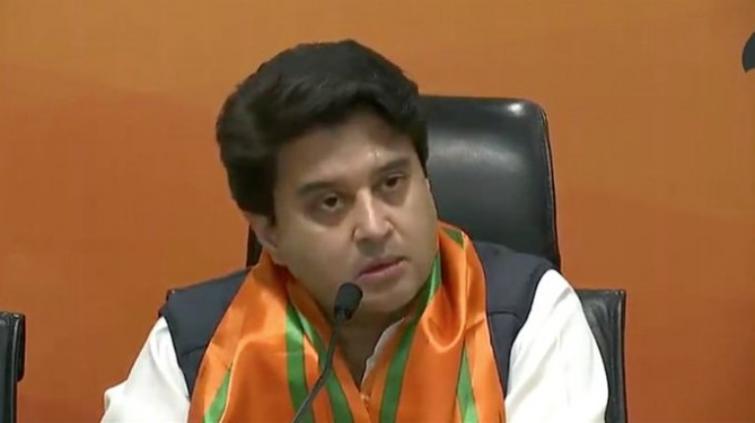 Bhopal/IBNS: Ex-Congressman Jyotiraditya Scindia's power-packed campaign for the Bharatiya Janata Party (BJP) helped the saffron party secure a big lead in Madhya Pradesh as counting of votes was underway for the vacant seats in the state.

As per last reports, the ruling BJP in Madhya Pradesh is leading in 19 of the 28 Assembly constituencies for which by-polls were held. The opposition Congress is ahead only in seven seats.

BJP leader Jyotiraditya Scindia even tweeted congratulatory messages to "the winners" of his party.

He expressed confidence that the winners will work towards the development of their respective constituencies.

The 28 seats in Madhya Pradesh fell vacant after Jyotiraditya Scindia's switchover to BJP in March, which led to the fall of the Kamal Nath government and the return of the saffron party to power.

Earlier, CM Shiraj Singh Chauhan also accepted the win "humbly" and promised to not waste a single day in fulfilling their duty towards the people of MP.