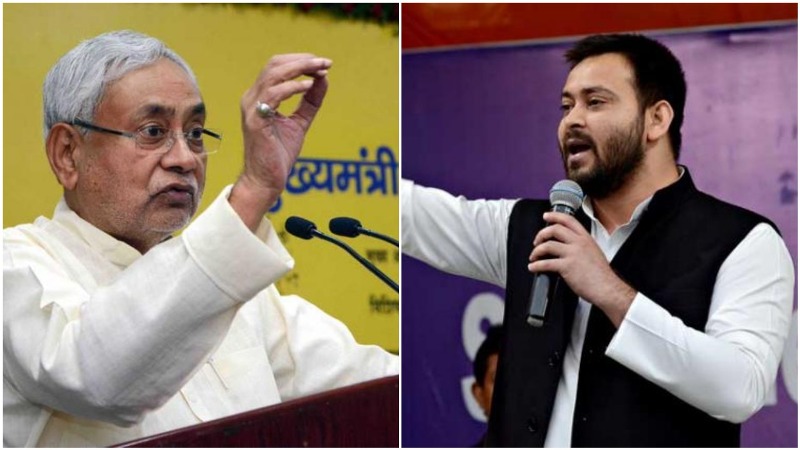 Patna: The Bharatiya Janata Party seems to be emerging as the single largest party in Bihar as counting of votes is still going on in the state on Tuesday.

After initial lead in the early hours of the day, Tejashwi Yadav-led grand alliance slowly started to lose the sting as National Democratic Alliance (NDA) - which has BJP, Janata Dal (United) and other parties as its constituents- surged ahead to take lead in 130 seats. The magic number in the 243-seat Bihar Assembly is 122.

The Grand Alliance is leading in 102.

BJP leader Sanjay Saraogi won the Darbhanga seat defeating Rashtriya Janata Dal’s (RJD) Amar Nath Gami by over 10,000 votes  and Murari Mohan Jha of the saffron brigade beat RJD’s Abdul Bari Siddiqui by 8,000 votes in Keoti. As per latest trends, the BJP is currently ahead in 77 seats, the JDU in 47, the LJP is leading in 1 seat.