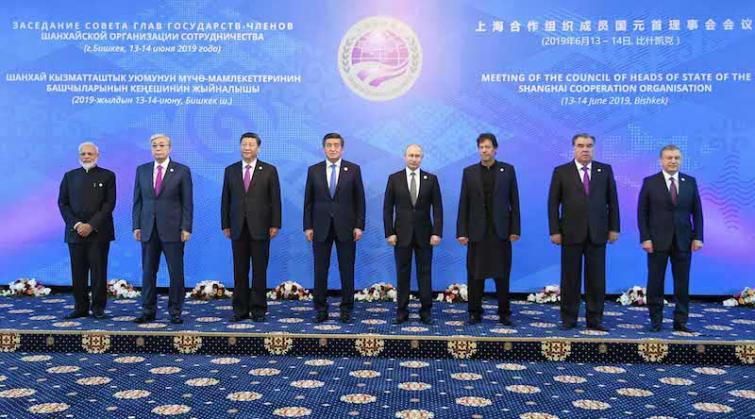 New Delhi/UNI/IBNS: Prime Minister Narendra Modi will participate at the first-ever virtual summit of the Shanghai Cooperation Organisation (SCO) to be held on November 10 where Chinese President Xi Xinping and Pakistan Prime Minister Imran Khan will also be present which is expected to set the agenda for the body for the coming year.

The Summit is being held in virtual format because of the raging Covid-19 pandemic.

Russia, the current chair of SCO, has organised most of the grouping’s meetings virtually this year, except for the meetings of foreign ministers and defence ministers that were held in Moscow in September.

The SCO Summit, being held against the backdrop of the India-China border standoff, is among five virtual meetings this month that will be joined by the top leadership of the two countries.

As PM Modi and President Xi come to face each other for the first time after the border tensions heightened between India and China at the Line of Actual Control (LAC), it remains to be seen if the two leaders bring up the issue.

The heads of state of four observer countries – Iran, Afghanistan, Belarus and Mongolia – will join the meet, and the SCO secretary general and executive director of the SCO’s Regional Anti-Terrorist Structure (RATS) will also address the gathering.

The Secretary General of SCO and the Executive Director of the SCO Regional Anti-terrorist Structure (SCO RATS) will also make their interventions.

It deals with all the main areas of the activity of the organization including political, security, trade, economic and cultural.

The Summit would conclude with the adoption of the Moscow Declaration.

​Apart from the Moscow Declaration, there will be SCO Statements on issues like the commemoration of the 75th anniversary of World War II, digital economy, Covid-19, countering the spread of terrorism Including on the internet and countering the drug threat, as per the sources.

There will also be other decisions relating to major projects and initiatives in trade and economic sphere of activities.

The report of the activities of the SCO Secretariat and the SCO RATS will also be adopted.

India has become a full member in 2017 during Astana summit and since then Mr Modi has led the Indian delegation to the annual SCO Summit.

However, India’s association with the organization dates back to 2005 when it became an Observer State of SCO.

Since then, India has played a positive and constructive role in all areas of SCO activity with a special emphasis on cooperation in trade and economy and in the cultural spheres.

​In the previous Summit held in Bishkek in 2019, the Prime Mnister Modi had given his vision for the SCO with the acronym HEALTH, H for health care cooperation, E for economic cooperation, A for alternative energy, L for literature and culture, T for terrorism free society and H for humanitarian cooperation.