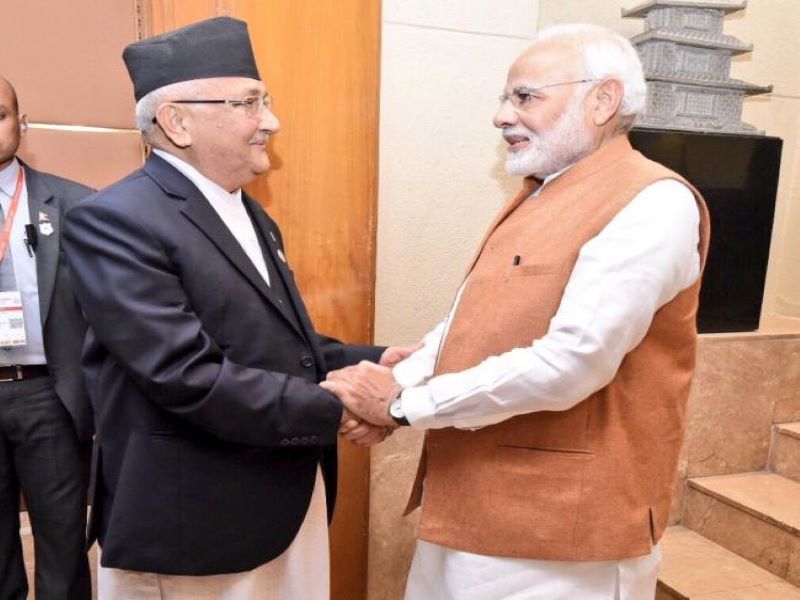 According to a Hindustan Times report, Foreign Secretary Harsh Vardhan Shringla will travel to Kathmandu for the formal talk.

During his visit, Gen Naravane had met Prime Minister KP Sharma Oli, who had underlined that India and Nepal could resolve all bilateral issues through dialogue since both the countries have a long-standing special relationship.

Narvane's visit was considered significant given that he was the first to react within the government to Nepal government's protests over a border road built in Uttarakhand, saying that Nepal had raised the issue at someone else's behest, which was interpreted to imply that Nepal could have been instigated by Beijing to create a fresh border dispute.

Prime Minister KP Sharma Oli had to withdraw the defence portfolio from his deputy Ishwar Pokhrel to go on with General Narvane's visit as he faced resistance within his cabinet, a move that set a positive environment for India to go an extra mile and send its foreign secretary for a formal dialogue to even out differences.

The Hindustan Times report said Oli, during his meeting with General Narvane, underscored that the row over Nepal’s political map was a “misunderstanding” while stating that Nepal takes its sovereignty very seriously.

During his visit from November 26 to 27,  Foreign Secretary Harsh Vardhan Shringla will hold meetings with his Neali counterpart Bharat Raj Paudyal and foreign minister Pradeep Kumar Gyawali.  He will also meet President Bidhya Devi Bhandari and Prime Minister Oli during his visit, the report said.

Shringla's visit is also expected to lead both the countries to fix dates for the meeting of the Joint Technical Level Boundary Committee, it added.

Apart from this, India could assure Nepal with supply of Covid-19 vaccine once its production starts in India and revival of the Pancheshwar multi-purpose project on river Mahakali as well as other hydro-electric projects, the HT report further added.