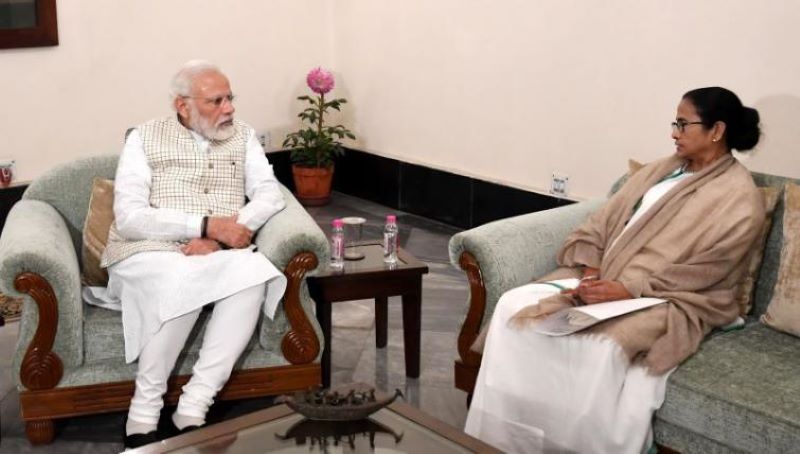 Kolkata/IBNS: West Bengal Chief Minister Mamata Banerjee on Monday said a state government can't be expected to be a "silent spectator" in a letter to Prime Minister Narendra Modi, expressing concern over the rise in prices of essential commodities.

Banerjee wrote, "... I would urge the Central Government to urgently step in to control hoarding, to increase supply and to bring down the rising prices of essential commodities, as the public is facing an acute crisis.

"Otherwise, the power of the State Government be restored for exercising control over the production, supply, distribution and sale of agricultural commodities, or the state is permitted to bring about appropriate legislation in this regard."

"Keeping in view the gravity of the situation, I would seek your kind and urgent intervention, as the State Government being now devoid of its powers cannot be expected to remain silent spectator to the ongoing sufferings of the common people, due to extraordinary price rise of potato and onion-like essential commodities," she added.

Banerjee on Monday also blamed the central government's recent farm laws, including the one which excluded cereals, pulses, oilseeds, edible oils, onions and potatoes from the list of essential commodities, for the increase in the prices.

"We had raised our serious concerns that these enactments were hurriedly made without adequate thought process or discussion and consultation with the states.

Just weeks ago, several agro-based Indian states have witnessed massive protests against the Narendra Modi government's amendment to an Act, which will now allow farmers sell their produce to institutional buyers beyond the regulated wholesale market.

Farmers and opposition leaders criticised the Centre's move stating small peasants will have little bargaining power while selling their produce to institutional buyers, running the risk of getting exploited.