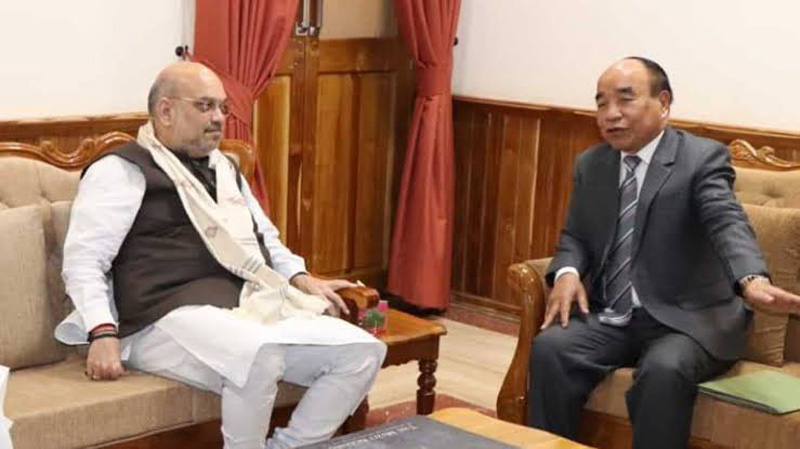 Guwahati/IBNS: After meeting with the Ministry of Home Affairs over Assam-Mizoram border dispute issue, the Mizoram government has agreed to deploy BSF near the disputed areas.

Mizoram Chief Secretary Pu Lalnunmawia Chuaungo said that, the centre has sent three companies of BSF to the state government and they will be deployed at the border areas at Vairengte and Saihapui-V in Kolasib District adjoining Cachar District of Assam and at Thinghlun in Mamit District adjoining Karimganj District of Assam and an equal number of the state police forces from these areas would be redeployed elsewhere.

“Mizoram had agreed to redeploy a part of its police forces which are currently deployed near the disputed areas to reassure its residents in the border areas. The Assam government has also agreed to take steps to open all blockades of the highways connecting Mizoram and Assam. For the time being a small section of its police forces would still be present in the areas to reassure the people in the border as agreed by the Union Home Secretary on the graded withdrawal of forces,” the Mizoram Chief Secretary said.

A meeting with Union Home Secretary Ajay Kumar Bhalla and the Chief Secretaries of both neighbouring states was held on Sunday regarding the current border impasse at Lailapur, agreement regarding the deployment of Central Armed Police Forces in the border areas provided by the Union Government and the re-opening of NH-306 which has been blockaded at Lailapur in Assam for the past 12 days.

The Mizoram Chief Secretary said that Mizoram and Assam have a long standing border dispute but due to the recent flare ups along the disputed areas, all highways from Assam into Mizoram have been blockaded for the past 12 days.

"The Union Government has been making sincere efforts for reopening the highways connecting Mizoram to the rest of the country while addressing the concerns of both state governments. Mizoram was committed to the agreement arrived in the meeting and hoped that Assam government too would be committed towards getting the highways reopened,” the Mizoram Chief Secretary said.

He pointed out that the bomb explosions in two schools in the disputed areas were deplorable and such acts are acts of vandalism which need to be condemned at all levels.

The Mizoram Chief Secretary appealed to people of both states in the border areas work for peace and harmony and return of normalcy in the areas.

"The Mizoram government explored alternative routes for transport of essential supplies from other neighbouring states and some headway had been made. The Mizoram Chief Minister also contemplated getting supplies from neighboring countries since the 12 days of blockade has caused a big distress to the population," Pu Lalnunmawia Chuaungo said.