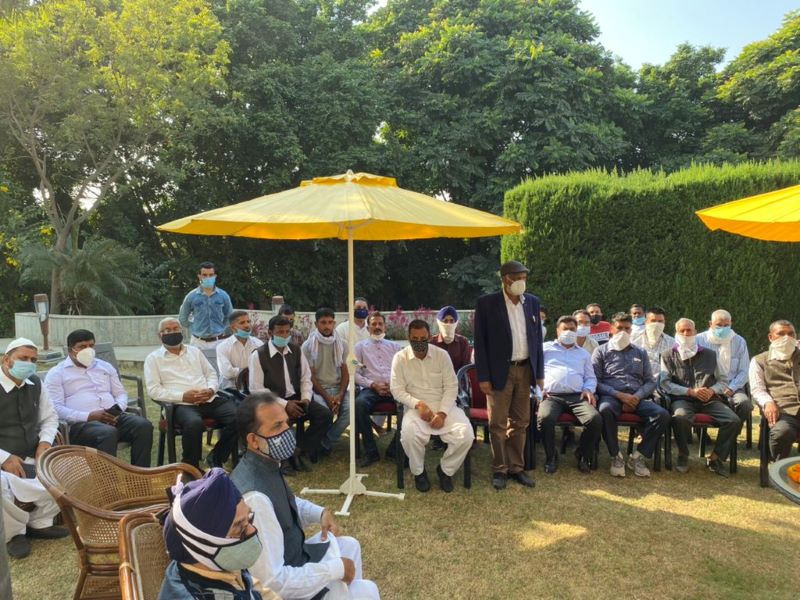 “We have met many delegations including of Sikhs, Kashmiri Pandits, Gaddi-Sippi, Transporters, Gujjar-Bakkerwals, Locals, SC/OBC, farmers, political representatives and the discussions were held in a very cordial atmosphere,” Sajjad Lone, Spokesperson of PAGD here told reporters after the meeting.

He said, “all of them are hurt by the decisions of August 5, 2019. We have decided to fight the upcoming DDC elections unitedly.”

They are facing grave problems like economic, administrative, among other difficulties, Lone said, adding that apart from these issues, they, too, are unhappy and hurt by the abrogation of Jammu Kashmir's special status on August 5, 2019 and its division into two union territories, "as much as we are hurt."

“We will continue with this process. Apart from this we had a meeting, one of the points of agenda was the upcoming DDC polls,” said Mr Lone.

"Every PAGD representative has discussed it with their party members and it was decided that we will fight these elections unitedly,” he added.

Despite the abruptness of timing, all of a sudden they bring it to pile it up in months time, he said and added, “this base is too-too sacred to be left for the invaders to invade.”

“This is the most sacred space of democracy and we will not allow it to be marauded or molested by invaders,” said Mr Lone.

The PAGD spokesman said, “We are all going to fight it unitedly and Dr Farooq Abdullah will release every single name himself.”

Earlier in the morning, the second round of the Gupkar Declaration meeting was held at the residence of National Conference president Dr Farooq Abdullah after the first one in Srinagar.

Many political and non-political parties also staged protests against PAGD meeting in Jammu.

All the members of PAGD held deliberations on various issues including the forthcoming District Development Council (DDC) polls.

It is worth mentioning here that PAGD has held two meetings so far in the Kashmir region.

Activists of Rashtriya Bajrang Dal and IkkJutt Jammu staged a protest against the Gupkar Declaration.

Bajrang Dal leader Rakesh Bajrangi here said that their agenda will not be allowed to bear fruits in Jammu and termed them "anti-nationals".

“Article 370 is history now and will be taught only in the history classes,” he said, adding that the Gupkar Declaration will never be allowed to succeed in its "nefarious designs" on the land of Jammu.

However, strong contingents of police were deployed in the area to foil protestors' march towards Bhatindi.