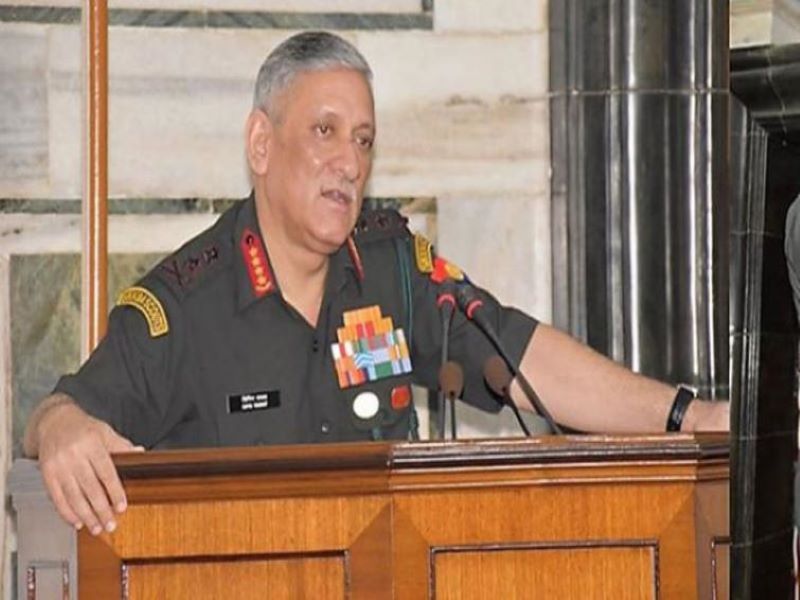 India will not accept shifting of LAC: Gen Bipin Rawat

New Delhi/UNI: Amid border standoff with China in eastern Ladakh, Chief of Defence Staff (CDS) General Bipin Rawat on Friday said that India will not accept shifting of the Line of Actual Control (LAC).

His comments come on a day the Corps Commanders of two armies are holding talks to reduce military friction along the LAC in Ladakh.

"In the overall security calculus, border confrontation, transgressions and unprovoked tactical military actions spiralling into a larger conflict cannot be discounted," the CDS said at an event organised to mark the diamond jubilee celebrations of the National Defence College.

The CDS said the situation in the Ladakh theatre was tense and the Chinese People’s Liberation Army was facing unanticipated consequences of its misadventure in the sector because of the Indian military’s “firm and strong” response.

"Our posturing is unambiguous, the status quo has to be restored as we will not accept any shifting of the LAC," Gen Rawat said.

He also warned of a collusive threat from China and Pakistan.

Gen Rawat said there was constant friction with the two nuclear-armed neighbours with whom India has fought wars and their acting in collusion posed an "omnipresent danger of regional strategic instability with the potential for escalation."

For Pakistan, he said the country has continued to remain the epicenter of armed Islamist insurgency and terrorism. For three decades now, the Pakistan Army and ISI-known as the deep state have been waging proxy war in J&K.

On Thursday, in his opening statement, Defence Minister Rajnath Singh said that India was determined to protect its sovereignty and territorial integrity in the face of unilateralism and aggression, no matter what the sacrifice.

The Minister said peace could only be ensured through the ability to deter war.

"Perhaps the most fundamental lesson that the roller coaster of the rise and fall of nations taught us was that peace cannot necessarily be achieved by a desire for peace but by the ability to deter war. Unfortunately, the mere desire to seek peace, if not reciprocated by others, does not necessarily succeed in building a harmonious environment in a world beset by conflicting ideas of security, sovereignty and national interests," Singh said.