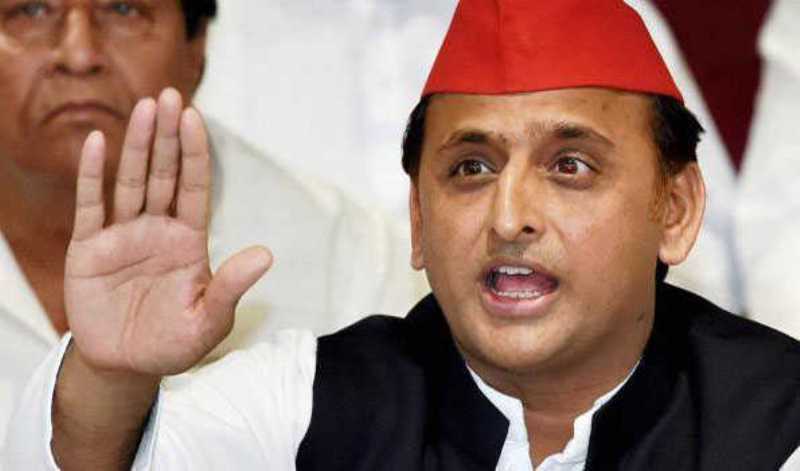 Lucknow/UNI: Samajwadi Party (SP) president Akhilesh Yadav on Monday alleged that Bharatiya Janata Party has made a mockery of guiding principles of Constitution through inflicting atrocities to Dalits and backwards.

Playing caste politics, Yadav further alleged that even upper caste people have been sidelined by the Yogi government, which favours only a few communities.

Seeking votes for the SP in bypolls, the former chief minister claimed that his party is the only one which keeps all people under the same roof.

Over COVID-19, he said that cases are rising and the government is not paying any heed. "What will happen to livelihood and employment if lockdown returns?" he questioned.

The SP leader claimed that the BJP government does not want to debate over development. "It [BJP] wants to mislead the public on unnecessary issues," he alleged.

He said the crime rate is increasing in the state and even the Chief Minister Yogi Adityanath's constituency Gorakhpur is not safe.

Attacking Bahujan Samaj Party, the SP president said there is a nexus between the BJP and BSP as both are together in defeating the SP.

Yadav claimed that his party will turn victorious in the bypolls.

Seven Assembly seats of Uttar Pradesh are going for by-elections on Tuesday.